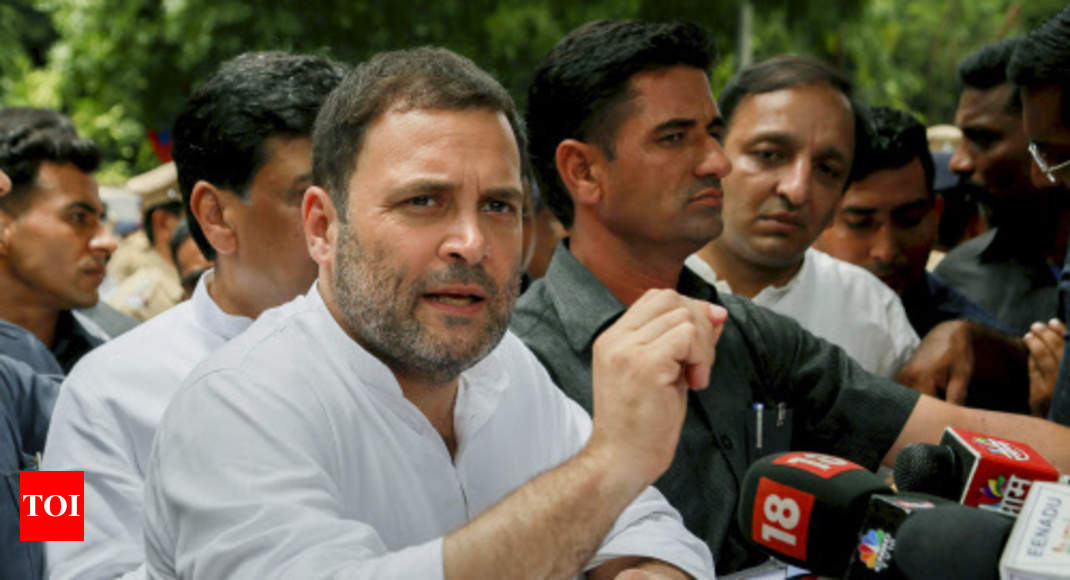 AMETHI: Congress chief and local MP Rahul Gandhi today held a ‘janta darbar’ during which he listened to the problems of the people of his constituency.
Rahul, who is on a two-day visit here, started his second day by meeting people from different walks of life on the premises of the Congress office in Gauriganj- the district headquarters.

Former Union minister and MP Sanjay Sinh and his wife Ameeta Singh met the Congress president and discussed with him issues related to the party and the people.

“A discussion on how to make the Congress stronger in Uttar Pradesh was held with Rahulji,” Sanjay Sinh said.

A number of students, party activists, people from the trade and business fraternity also met Gandhi.

Asked about the meeting, Anand said she was here to see “my MP and nothing else”.

Later in the day, Rahul will visit party leader Baijnath Tiwari, whose wife passed away recently, to offer his condolences.

Gandhi will pay homage to CRPF personnel A Maurya at Naraini village in the Amethi assembly segment. Maurya was martyred during a Naxal attack in Chattisgarh’s Sukma district in April.

He will also address a gathering of farmers on the premises of Mukutnath Inter College in Tala village on the Amethi-Gauriganj highway.