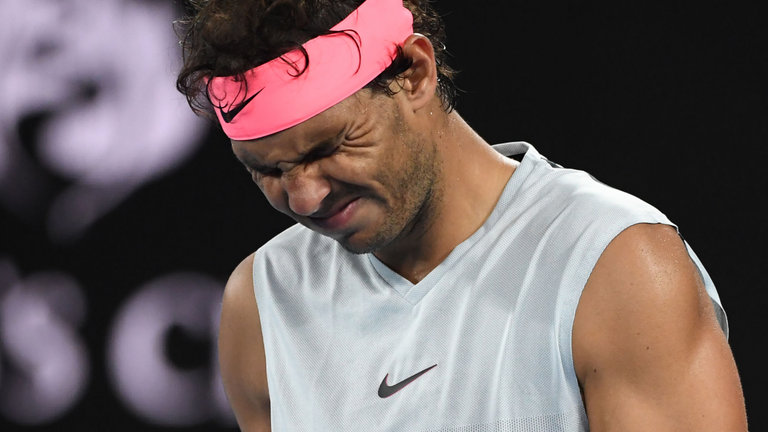 Rafael Nadal was diagnosed with an injury to his hip flexor after an MRI scan in Melbourne on Wednesday but expects to be fit enough to return to the Tour in Acapulco next month.

It was the second time Nadal has thrown in the towel at the last-eight stage at Melbourne Park, after a knee injury forced him to retire against Andy Murray in 2010,

Murray missed out entirely on this year’s Open after undergoing hip surgery while Nadal arrived in Melbourne having played just one match in three months. Former world No1 Novak Djokovic missed the last six months of 2017 and Stan Wawrinka, Kei Nishikori and Milos Raonic all struggled with injuries late last year.

“Not for now that we are playing, but there is life after tennis. I don’t know if we keep playing on these very, very hard surfaces what’s going to happen in the future with our lives.”

On Tuesday night against Cilic, Nadal was hampered by the injury in the fourth set and called for the trainer after the fifth game. He dropped that set and after losing the first game of the decider, he called it a day.

“The MRI showed a grade 1 injury of his Illiopsoas on his right leg,” a statement from his team said. “He will be resting the next days once back in Spain and will start [his recovery] with anti-inflammatory physiotherapy.

“He will start his rehabilitation and pre-adaptation process to the tennis court in two weeks, starting progressively his training and practice. Three weeks is the normal time to totally recover and he will resume his tennis schedule as planned, playing Acapulco, Indian Wells and Miami.”