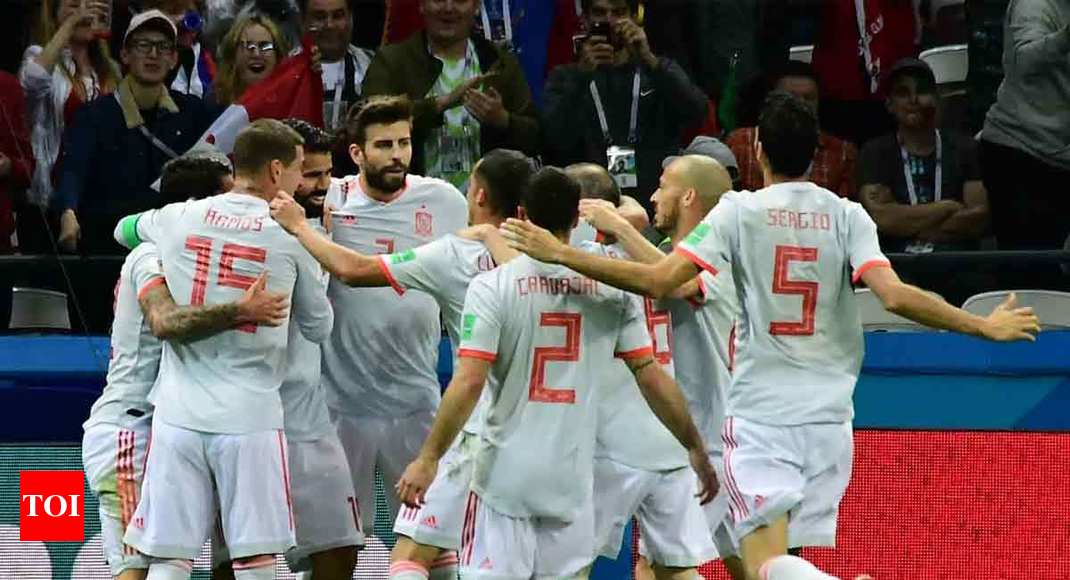 In the days since the very fragile performance against Morocco, Fernando Hierro’s mind has been hardening, as he makes his final decisions on the Spanish side for the last-16 match against hosts Russia. Koke is set to return to the starting line-up, in place of Thiago Alcantara, Marco Asensio may come in — and David De Gea will definitively stay in goal.

These decisions at the very least represent certainty, a sense that has been badly lacking in an uncertain World Cup for Spain so far. They might well be one of the strangest sides in the tournament in terms of performance. If none of the other top sides have yet convinced in any way, Spain’s issue has not been that, but one of consistency. That’s not even from game to game, but often from one 10-minute spell to the next. Spain seem to go far too easily from looking like the best team in the tournament to one on the brink of calamity.

“Everything can improve,” Andres Iniesta said after the chaotic and fartoo-tense 2-2 draw with Morocco, a display that brought so much about the team into question and yet still saw them top the group.

As to whether Hierro’s changes can begin to make everything improve? That’s another issue.

Most of this however comes back to the same issue: the defence, or rather the ease with which Spain have been giving up goals. It is something that Hierro is said to have been obsessing about over the last few days, even going to scrutinising the defensive records of past champions. The stand-in coach has been stressing to his players how only two sides since 1958 — Brazil 1970 and Argentina 1986 — won the World Cup having conceded more than one goal in the knock-out rounds. Spain themselves didn’t concede a single goal from the last 16 onwards in their 2010 victory, having only been breached twice in that group stage. De Gea has already picked the ball out of the net five times in Russia, and the players are now picking up on the message.

That is what is now causing the most consternation in Russia, and that is why there are increasing calls for Hierro to not pick De Gea. It has been Spain’s primary issue of the tournament since the sacking of Julen Lopetegui, their major concern and supposedly Hierro’s major big decision, even though he is still unbending on his No 1. It is a situation that has amazed some at Manchester United given De Gea’s heroics there, but there are similar figures around the Spain camp who put some of the blame on Jose Mourinho’s set-up.