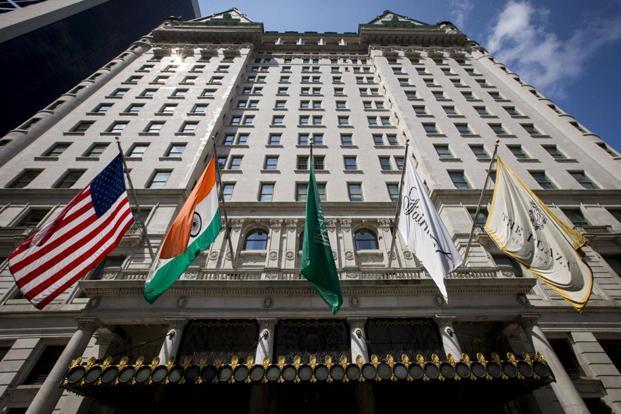 A file photo. The Plaza Hotel, opened in 1907, is the only hotel listed on the National Register of Historic Places. Photo: Reuters

New York: The Plaza Hotel, one of New York’s most iconic buildings in which Subrata Roy-led Sahara India group has majority stakes, has been fully acquired by a Qatar government-owned fund for about $600 million, according to a media report on Wednesday.

Qatar’s state-owned Katara Holding has acquired full ownership of the hotel, including a 75% stake from Subrata Roy-led Sahara India Pariwar for about $600 million, according to the Wall Street Journal.

The “surprise buyer” is a hospitality fund that buys and manages hotels around the world for the Qatar government. Katara bought the 75% stake held by the Sahara Group and the 25% stake from New York real-estate investor Ashkenazy Acquisition Corp. and its partner Saudi Prince al-Waleed bin Talal, it said.

There was no immediate comments available from the Sahara Group. The deal, which closed on Monday, includes 282 guest rooms and the property’s retail space, people familiar with the transaction were quoted as saying in the report. Qatar, a tiny Gulf nation, is the world’s largest exporter of liquefied natural gas.

It already owns landmark hotels such as The Savoy and The Connaught in London. US President Donald Trump, who once compared it to the Mona Lisa, and hotelier Conrad Hilton were previous owners of one of the most iconic landmarks in New York City. Trump lost the hotel in a bankruptcy.

The Plaza Hotel, opened in 1907, is the only hotel listed on the National Register of Historic Places. The report said Katara’s purchase marks the latest twist in a long-running global saga surrounding the Plaza Hotel’s ownership.

In April, a group of investors led by founder of Dubai-based White City Ventures Shahal Khan and Kamran Hakim of the Hakim Organisation, a large private New York landlord, had reached a deal to buy the property. But about a week later, Ashkenazy and Prince al-Waleed exercised a right as minority owners to match any agreement to purchase Sahara’s majority stake, the WSJ report said.

Sahara acquired its controlling stake in 2012 in a deal that valued the property at about $575 million. The Indian company has been trying to sell the Plaza for years but was never able to complete a deal. Last year, it hired brokerage firm Jones Lang LaSalle to carry out an auction of the property.

About 50 private-equity firms, foreign governments and other investors had expressed interest in the Plaza Hotel last year, people familiar with the matter say.