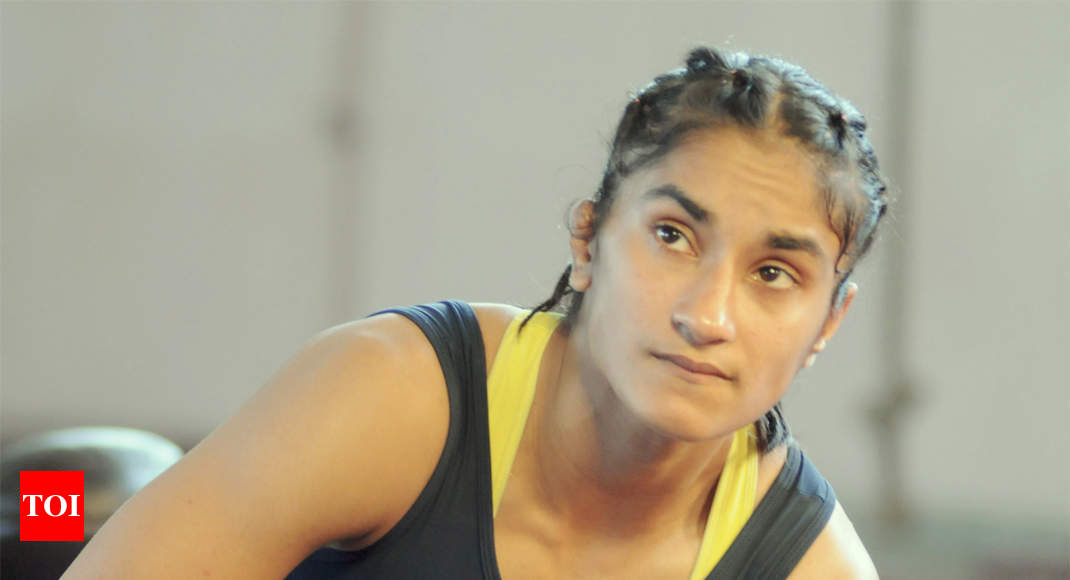 NEW DELHI: Vinesh Phogat says India expects Olympic medals from its wrestlers but the grapplers do not have access to world class facilities required to produce such champions, though there has been “slight improvement” in training conditions.

The 23-year old Vinesh from Haryana is in good form, having won gold medals at the Commonwealth Games and Grand Prix of Spain ahead of the Asian Games.

She was part of the national camp in Lucknow but revealed that she had to skip sessions because it was hot in the training hall and intense practice could have caused an injury.

“We have Asian Games now and then World Championship is also approaching but things still stand where it was before. Food quality (at training Centres) has got better but lot of things need to be changed.

“If you want an Olympic medal, you have to provide matching facilities too. We train irrespective of the conditions but it affects recovery and becomes a cause of injuries. The wrestling hall (in Lucknow) was so hot even this time, despite being a rainy season.

“We were sweating a lot and it affects your recovery. I started feeling pain in my knee. Sometimes there is no electricity. And I had to skip training sometimes. But what do we do?,” Vinesh said.

Vinesh though was not highly critical of the Wrestling Federation of India (WFI).

“Federation is doing ok but it alone can’t do all. Others also have to do their job honestly. Before important competitions, you can’t compromise on training,” she said at as send-off ceremony organised by WFI and Indian wrestling’s new sponsors Tata Motors.

Vinesh, who suffered a heartbreaking injury during the Rio Games, said having a world class coach by her side is a must to get the desired results. She chose to train with Hungarian Waller Akos and said it has worked well so far.

“They have a long term plan for each and every wrestler. They know what you have to do today, tomorrow, 10 days before the tournaments and 20 days after the event. That is very important. They evaluated me before making a plan, whether they need to work on my speed, power or stamina, strategy.

“I have prepared well in Hungary and worked on many little things, won medals at CWG and then in Spain. I will take carry this confidence into Asian Games,” she said, sounding confident of a good show in Jakarta.

Asked if she gets to learn anything from Indian coaches, Vinesh did not reject their training outright.

“They also try their best but wrestling has changed a lot. Young wrestlers who have retired recently, should come into coaching. Like, if I return to wrestling as a coach after 10 years, I will prove to be a much better coach.

“So when seniors and young coaches will work together, it will give better results. I need a coach who can work 24 hours with me. They can’t focus on each athlete.”

Vinesh said the competition in Jakarta will be as tough as the Olympics.

“There is a Japanese Olympic champion and Chinese Olympic bronze medallist in the field. It is going to be tough and I have devised a strategy according to each of my opponent,” she added.