Hello and welcome to our live coverage of the Pro Kabaddi League 2018 match between Puneri Paltan and Gujarat Fortunegiants. The match number 39 of the league will be played at Patliputra Sports Complex in Patna. Puneri Paltan are sitting at the top in the points table in Zone A with five wins, four defeats and one tie in 10 matches. Gujarat Fortunegiants are placed at the fifth position with 14 points in their account. They have won two, lost one and have tied one in four matches. 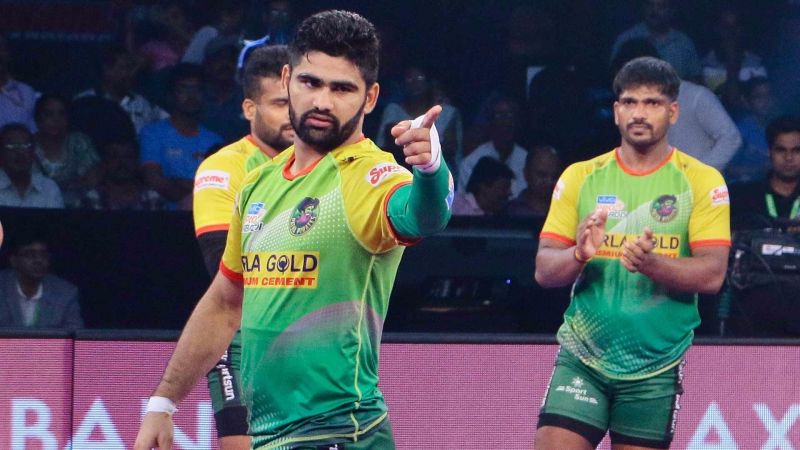 In today’s match of ViVO Pro Kabaddi League (PKL 2018) season six, the first match will be played between Puneri Paltan and Gujarat Fortunegiants while in the second match hosts Patna Pirates, led by Pardeep Narwal lock horns with Telugu Titans at Patliputra Sports Complex. In PKL 5, Patna Pirates had a clean sweep against Telugu Titans winning all the three matches but this season Patna lost their first match against Hyderabad. Telugu Titans will look to improve their average raid points per game as they have almost 3 points worse off than Puneri Paltan who are the next worst team. This is despite having two quality raiders in the form of Rahul Chaudhari and Nilesh Salunke. None of the Titans’ raiders are averaging more than 7 raid points a game and none of them have a raid strike rate above 40.

Before that, in the first match, Gujarat Fortunegiants will look to continue their unbeaten record against Puneri Paltan as they won four games on a trot. Gujarat beat Pune by 6 points in the first meeting which was their first game of the Pune leg. Puneri Paltan has failed to cross 30 total points in each of the four matches against Gujarat Fortunegiants. Nitin Tomar has the 2nd highest raid points in PKL 2018 so far and could become the first raider in this season to reach 100 raid points this match. He needs just 6 raid points to do it