Private airlines need to deal with issues on their own, says Prabhu on Jet Airways | BUSINESS
Categorized as
151
Tagged as
Jet Airwaysjet fuelSuresh Prabhu
Related 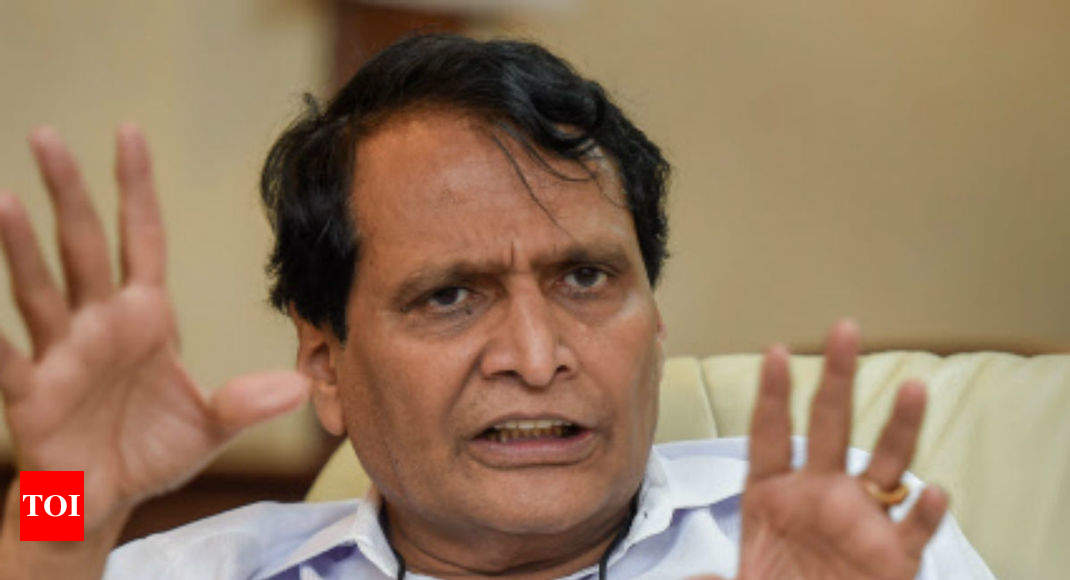 NEW DELHI: Amid Jet Airways facing turbulent times, civil aviation minister Suresh Prabhu has made it clear that private airlines have to deal with issues facing them on their own and the government’s role can only be at the policy level.

The minister’s comments come at a time when the airline industry is grappling with tough times as high oil prices and stiff competition are crimping the profitability of carriers.

When asked about the current situation at Jet Airways, Prabhu said, “We are not aware about their position.”

The full service carrier, which has been flying for over 25 years, is facing financial woes. Earlier this month, it also deferred the announcement of June quarter results. The airline’s share price has taken a beating in recent weeks.

“We are not aware about their (Jet Airways) position. As far as private airlines are concerned, they will have to deal with whatever issues they are dealing with. At the ministry of (civil) aviation we can only deal at the policy level,” Prabhu told PTI in an interview.

Jet Airways is facing financial stress and on August 9 the company held off from announcing the unaudited financial results for the June quarter.

The airline’s board is scheduled to meet on August 27 to consider and approve the unaudited financial results for the first quarter ended June 30. The carrier is also under the scanner of markets regulator Sebi for alleged disclosure lapses.

Shares of the airline tumbled nearly 4 per cent today after reports that the ministry of corporate affairs ministry is looking into alleged fund diversions at the carrier.

In a regulatory filing, Jet Airways said it “has not received any communication from the ministry of corporate affairs in this regard”.

About the overall situation in the airline industry, the minister said that whenever the fuel prices go up, the airlines get badly affected because it is a variable cost and cannot be absorbed into business model immediately.

“Now, we will have to work on it. Not only India but globally. Some of the global airlines are facing serious problems. We have no control over the oil prices. One of the things we are trying to pursue is to put the ATF (Aviation Turbine Fuel) into the GST,” he said.

The civil aviation ministry has been working on efforts to bring jet fuel under the Goods and Services Tax (GST) regime.