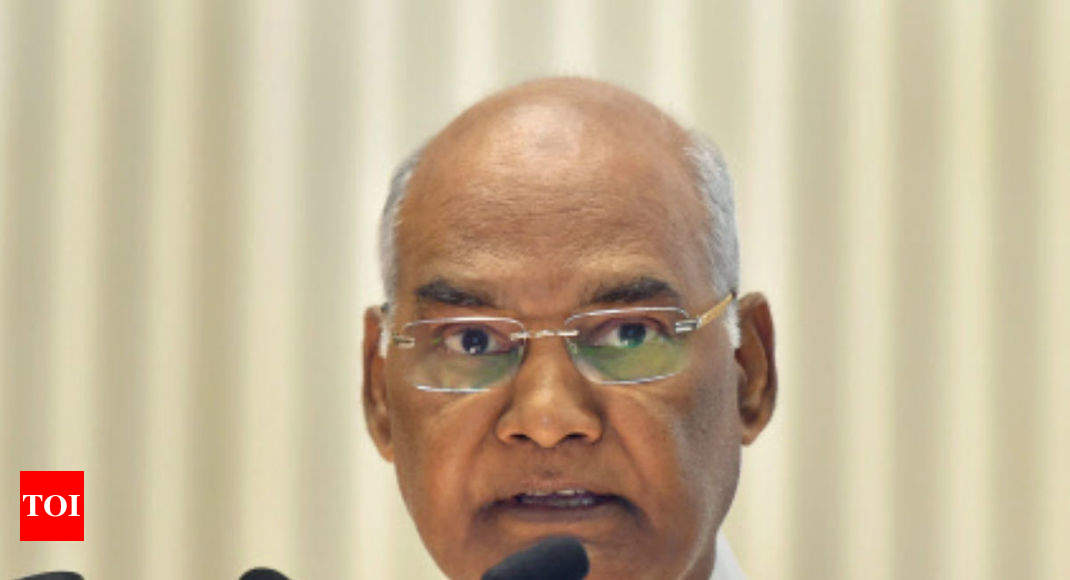 NEW DELHI: President Ram Nath Kovind and Prime Minister Narendra Modi on Sunday conveyed their condolences to the families of those killed in a bus accident in Uttarakhand’s Pauri district.

At least 48 people were killed and 10 injured when an overloaded private bus fell into a 200-metre deep gorge near Gween village in the district. The bus was on its way to Ramnagar, according to the state police.

“Very sad to learn about the tragic bus accident in Pauri Garhwal, Uttarakhand. Rescue efforts are on and local authorities are doing their utmost to help. My condolences to the bereaved facilities and best wishes to those injured,” Kovind said on Twitter.

The prime minister tweeted, “Extremely saddened by the bus accident in Pauri Garhwal, Uttarakhand. My deepest condolences to the bereaved families. I pray that those injured recover at the earliest. Rescue operations are underway and authorities are providing all possible assistance at the accident site.”

Offering his condolences, BJP chief Amit Shah said, “Pained to know about the loss of lives in a tragic bus accident in Pauri Garhwal, Uttarakhand. My deepest condolences with the bereaved families and I pray for the speedy recovery of those who have been injured. Have also spoken to the local BJP unit to join the rescue operation.”

Rescue operations were carried out by the police and the State Disaster Response Force (SDRF) personnel, Pauri Superintendent of Police Jagat Ram Joshi said, adding that all the bodies have been recovered from the mangled remains of the bus.

Uttarakhand Governor K K Paul and Chief Minister Trivendra Singh Rawat have also expressed grief over the loss of lives in the accident.

The chief minister has ordered a magisterial probe into the incident, besides announcing a compensation of Rs 2 lakh to the next of kin of those killed and Rs 50,000 for the injured, his office said.