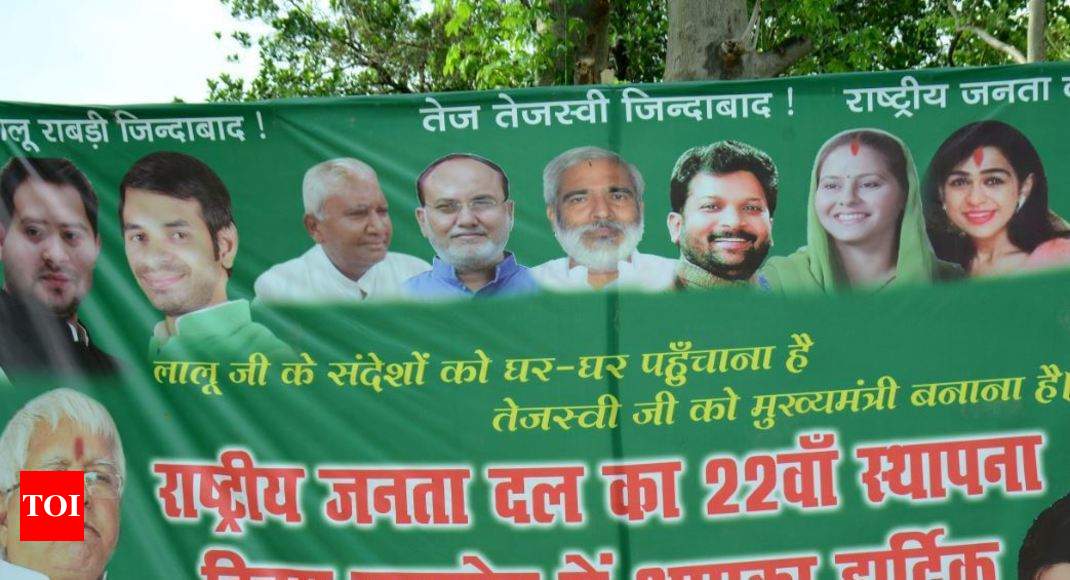 PATNA: The sudden appearance of RJD chief Lalu Prasad’s daughter-in-law Aishwarya Rai in posters announcing the party’s foundation day celebrations has set Bihar’s political grapevine abuzz with speculations over the entry of the newest member of the party’s first family into politics.

Speculations are also rife that Aishwarya, who tied the knot with Lalu’s elder son Tej Pratap Yadav on May 12, may contest the 2019 Lok Sabha election from Saran which was once considered the pocket borough of Lalu.

“Aishwarya will have good chances of getting elected from Saran… A Delhi University and Amity University alumna, she is the best RJD candidate for this constituency. Rabriji is also getting old, so they might be thinking to pass on the baton to the daughter-in-law,” said an RJD leader close to the family.

Political observers say that talks of Aishwarya’s entry into politics seem all the more probable in the wake of murmurs of rift in the Lalu family as has been evident from Tej’s recent actions.

A controversial message was posted on Tej Pratap’s Facebook page on Monday evening, stating he was compelled to consider quitting politics because even his mother Rabri did not care to listen to the issues faced by him within the party. The message was, however, deleted within half an hour. Tej alleged BJP-RSS duo hacked his account to create a rift in the family and the party.

On June 9, Tej said certain RJD people were trying to create fissures between him and his elder brother Tejashwi Prasad Yadav. “Tejashwi is like a piece of my heart and there is nothing wrong between us. But there are anti-social elements in the party who want to create a fight between the brothers,” he had said.

Sources said it was Aishwarya who advised him to raise the issues related to his neglect in the party. “My wife was ‘shocked’ to hear that I was being sidelined in the party. She told me not to let things go out of hand and take the matter seriously,” Tej told reporters on June 9.