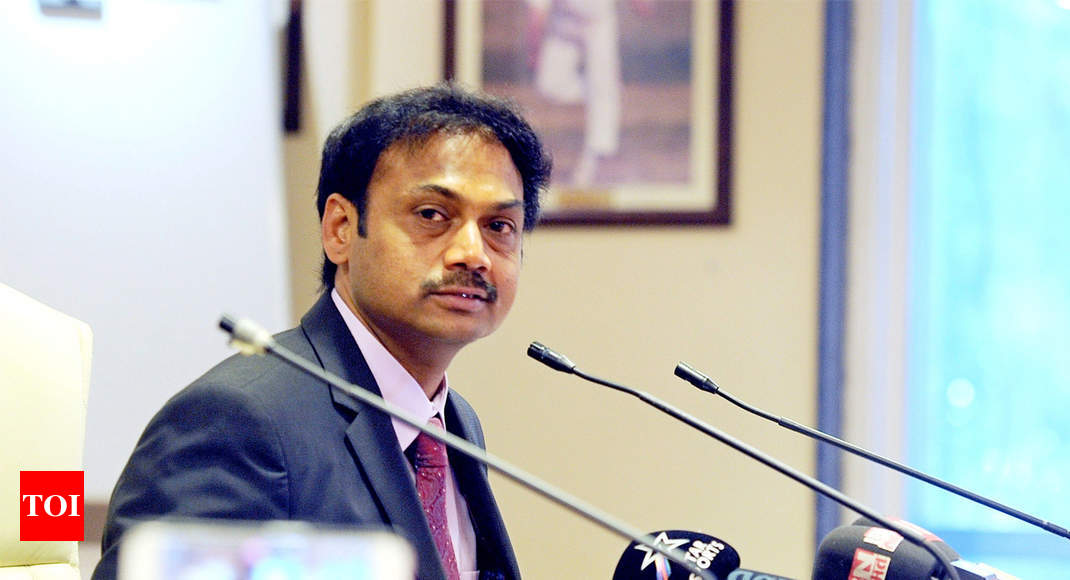 NEW DELHI: The three-member senior national selection panel, led by MSK Prasad, is unlikely to continue once the new BCCI constitution is formally adopted as per the Supreme Court directive and the election process is set in place.

The SC bench, headed by Chief Justice Dipak Misra and comprising justices A M Khanwilkar and DY Chandrachud reverted to the old five-member selection committee for both senior, junior and women.

Also the contentious eligibility clause (Test cricketers only) have been done away with as a minimum of either seven Tests, 10 ODIs or 30 first-class matches will be the new criteria.

The apex court order clearly implied that Prasad and his colleagues Sarandeep Singh and Devang Gandhi will not get an extension as the Cricket Advisory Committee (CAC) will be entrusted with the job of forming a new five-member panel.

The SC order stated, “Until the elections to the BCCI take place, the COA is empowered to consult with the Cricket Advisory Committee (CAC), comprising reputed former international cricketers and to constitute a committee of selectors…”.

When asked a senior BCCI official, aware of the contents of the SC order, confirmed that Prasad and company will only continue till the election process is put in place.

“They will continue till the elections are held. There is very little chance that this current set of selectors will get an extension once the BCCI Apex Council is formed as per the new constitution based on Lodha Reforms,” the official told PTI.

The current set of selectors were appointed as per the old constitution and after today’s order, it becomes clear that they won’t be able to continue once the new constitution is formally adopted.

While Prasad has been the face of the committee explaining the rationale behind the various selections, the BCCI brass has never been quite happy with the performance of Gandhi and Singh with questions being raised time and again about their inputs at various selection committee meetings.

Till the new set of selectors take over, it is expected that Gagan Khoda will join Prasad and Co for a limited amount of time after being removed due to his non-eligibility (non-Test player) as per the original Lodha recommendations.

Khoda has been paid his remuneration all this while as the old constitution does not allow a change in selection committee unless an AGM is held.