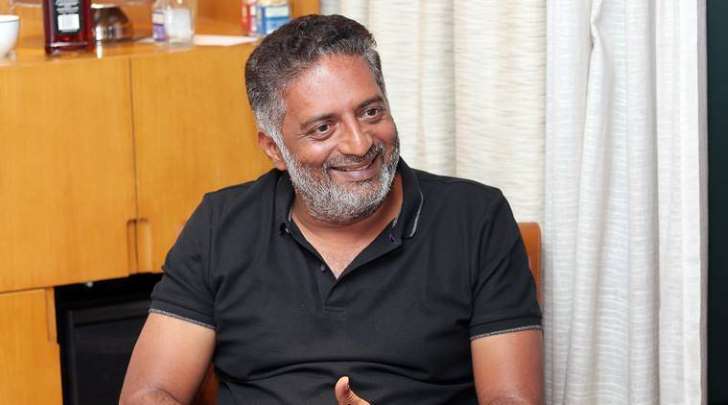 A day after Prime Minister Narendra Modi addressed a rally in Bengaluru, actor Prakash Raj took a fresh swipe at the PM over the ‘promises’ the latter made at the rally. In a cryptic message posted on Twitter, Raj said, “Promise toothpaste sold in 2014” failed to bring smiles to “distressed farmers or jobless youth.” He asked the people if they believed the promises made by PM Modi during the rally would be fulfilled.

Stating that there was a “saffron wave” in Karnataka, PM Modi during a rally on Sunday said the BJP would take the state in the direction of progress with the motto “Sabka Sath, Sabka Vikas.” “Congress government is at the exit gate,” he said, as he launched an attack against the Siddaramiah-led government in the state. “Hundreds of lotuses will bloom in Karnataka from the sludge that is spread by Congress. I have confidence that BJP will get a resounding victory,” the PM said.

Modi also rolled out a new acronym to match the promise: TOP — Tomato, Onion, Potato. “Framers producing fruits & vegetables are our ‘TOP’ priority. ‘TOP’ means ‘Tomato, Onion & Potato’. We have launched ‘Operation green’ in the interest of these farmers. ‘Operation green’ would be beneficial for farmers just like the Amul model was successful in dairy,” the PM added.

The ‘Promise toothpaste’ tweet is the latest attack by Prakash Raj under his #justasking campaign. The actor has often tried to corner the government with pointed questions about the Karni Sena protests, fake news and disruption in  Parliament. He stoked a controversy after he said that he was “not anti-Hindu, but anti-Modi,anti-Shah, anti-Hegde.”