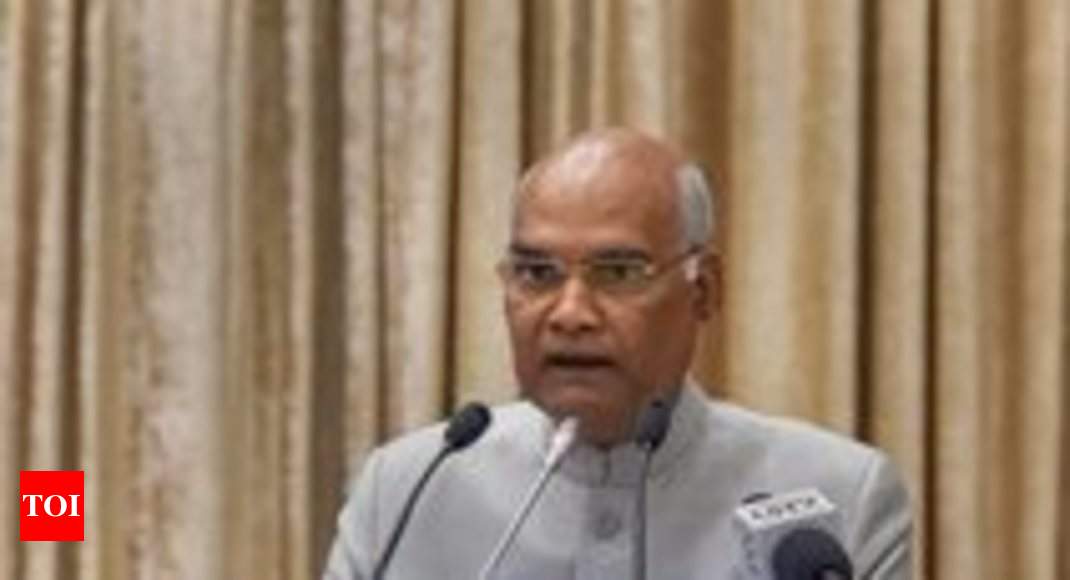 THIRUVANANTHAPURAM: President Ram Nath Kovind has expressed concern over the spate of political violence in “certain pockets” of Kerala and said it has a dampening effect on the glorious past of the state.
While inaugurating the ‘Festival of Democracy’, a conclave organised as part of the diamond jubilee celebrations of Kerala Legislature here, the President on Monday said dissent, debate and discussion were acceptable in a democracy, but violence has no place in our Constitution.

“Debate, mutual dignity and respect for each other’s point of view have been a hallmark of Kerala society. Nevertheless, there remains the paradox of political violence, especially in certain pockets of the state. It is important for all political groups and enlightened citizens to do their utmost to curb violence,” he said at the assembly function.

Kovind said that the next stage of the ‘Kerala model’ should be to ensure greater opportunities for the youth of Kerala in their home state itself. “Of course, they are more than welcome to work anywhere in the country, but the gap in the incubation of entrepreneurial and business capacities in Kerala itself needs to be addressed by all stakeholders,” he said.

On the Kerala model of development, the President said, “From land reforms to panchayathi raj, from healthcare to literacy, Kerala has achieved a lot. Yet, while looking back with satisfaction, it is also imperative to look ahead with aspiration. Social sector investment in the state had helped the talented workers from Kerala to not only contribute to the national economy but also to the different parts of the world. As teachers and healthcare providers, as technologists to business persons, as diligent workers and untiring construction labour, and of course in the tourism industry, young people from Kerala are much valued and sought after as human capital”.