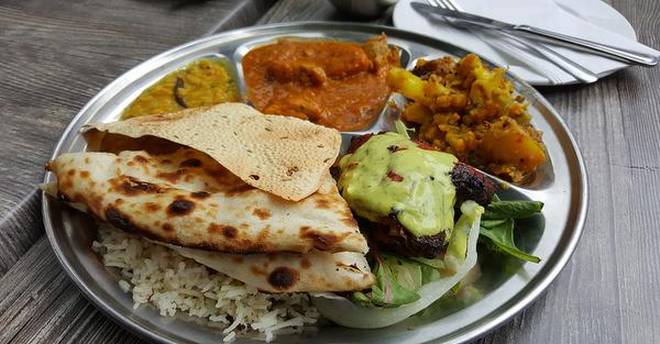 The first time I ever heard of poke bowls was last Wednesday, and I promptly looked it up. It’s like an epidemic. It’s everywhere. It’s a global culinary phenomenon. I had assumed that it would be some kind of Pokemon-themed crockery, which we would have to collect, because each would have a different Pokemon, until our homes filled up with bowls, and eventually we would have to move, but this was not the case. It seems to be a bowl of rice with fish in it, native to Hawaii. Sometimes, for variety, they use octopus.

It has spread through the world like wildfire, warmly embraced by people who love quinoa, prefer gluten-free, or think that the portions served in sushi are far too small. Now, they get to eat a full bowl. It’s been hard for them. They’ve been eating three or four pieces of raw fish smeared with rice, each only slightly larger than a kaju barfi, and pretending that they are full.

Meanwhile, the Hawaiians are very upset, because they feel their national dish has been disrespected. This is because a fairly well-defined dish with specific sauces has been adapted and evolved by chefs worldwide into new and different things, guided by the principle of ‘Let’s put some rice in a bowl and then put stuff on top of it.’ This stuff can be tofu or chicken, or almost anything that’s gluten-free, although avocados seem to be mandatory.

I read three or four recipes, and at some point, each one contained the instructions, ‘slice one avocado’. This made me suspicious. Avocados are elusive. From time to time, I check with my local vegetable seller whether he has avocados, to assess whether our local community has sufficiently evolved. He always looks at me with an expression of sadness mixed with pity. Other ingredients suggested by innovators include edamame, macadamia nuts and caramelised pineapple.

I suspect a plot. Most of these look like excuses to drive up prices. I’m more of a traditionalist. It can be helpful in restaurants. For example, most experts agree that an authentic Poke Bowl must contain seaweed flakes and be accompanied by wasabi paste. Now, all you need to do is go to Guppy, in Delhi, billed as India’s first Poke Bar. The décor is quirky, which means that you can never really tell whether it’s good or bad. You sit down in one of the brightly-coloured chairs with a bit of an air and ask whether the Poke Bowl is authentic. The waiter assures you that it is. You eat your meal and point out to him that he has forgotten to add the seaweed flakes, and demand a refund. It can be fun and you score a free meal.

There are many mysteries regarding Poke Bowls, and chefs around the world are striving to unravel them. Of course, what they don’t realise is that like most other things, it’s Indian. In its current form, it involves putting rice in a bowl, adding things on top, and eating it. We’ve been doing that for thousands of years. We just don’t use a bowl.

The writer’s most recent novel, Murder With Bengali Characteristics, tries to foresee the future, but fails to predict Poke Bowls.