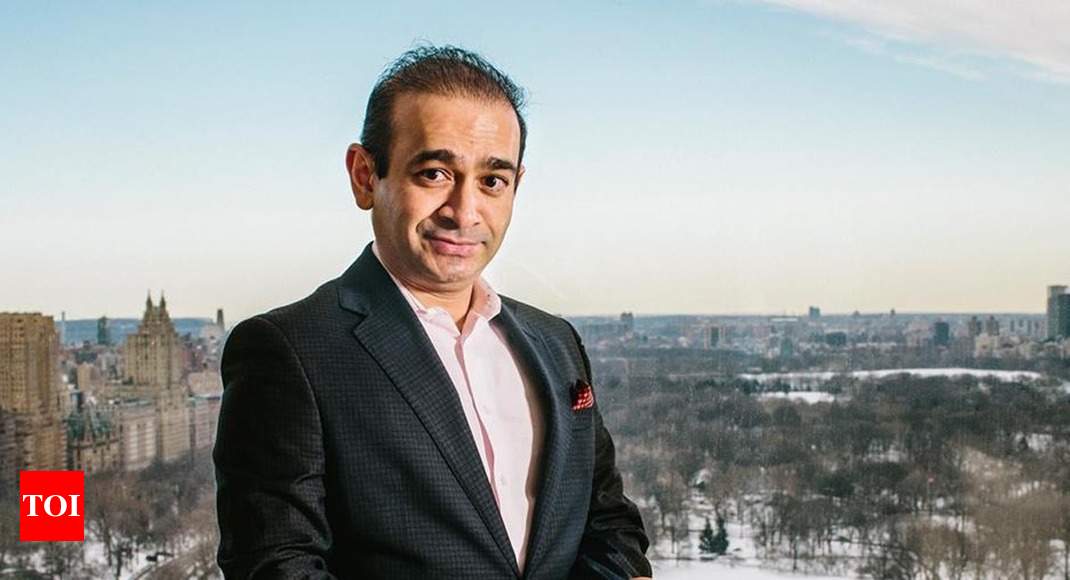 NEW DELHI: A bankruptcy court in New York has recognised the claim of Punjab National Bank (PNB) on the proceeds of any assets of Nirav Modi that are sold there and ordered summons to be issued for examination of the fugitive diamantaire and his four associates.

The two rulings in the Modi case came late on Thursday night. The government is seeing this as a positive development and it comes just a day after a UK court tightened the noose around another fugitive, Vijay Mallya, also wanted for defrauding banks.

“We have managed to establish the ownership pattern and we are ready with our future course of action,” said a source.

The order from the bankruptcy court is expected to force the disgraced diamond trader to appear before it or face action under American law. In case of his appearance, lawyers are expected to confront him with questions related to alleged diversion and siphoning of funds, how the fraud was perpetuated and failure to adhere to corporate laws and governance standards.

Apart from Nirav Modi, summons have been issued to his associates – Mihir Bhansali, Rakhi Bhansali, Ajay Gandhi and Kunal Patel. On February 26, the ministry of corporate affairs had filed a petition in the US court against the bankruptcy proceedings initiated by Modi and had sought to make PNB a party in the sale proceeds.

The US court order also authorised that PNB be provided with documents by individuals who are Modi’s debtors in America. Mihir Bhansali worked at a senior position in Firestar International, allegedly at the centre of the Rs 14,000-crore PNB fraud. Rakhi Bhansali is his wife.

The bankruptcy court also signed a stipulation recognising PNB’s agreement with the Chapter 11 Trustee that proceeds of any asset sales by US debtors will be subject to PNB’s claims of constructive trust regarding the Modi entities, according to the order.

Official sources said since the US court ordered Modi’s physical presence for the testimony, it will help in tracing him and subsequently expedite extradition proceedings against him.