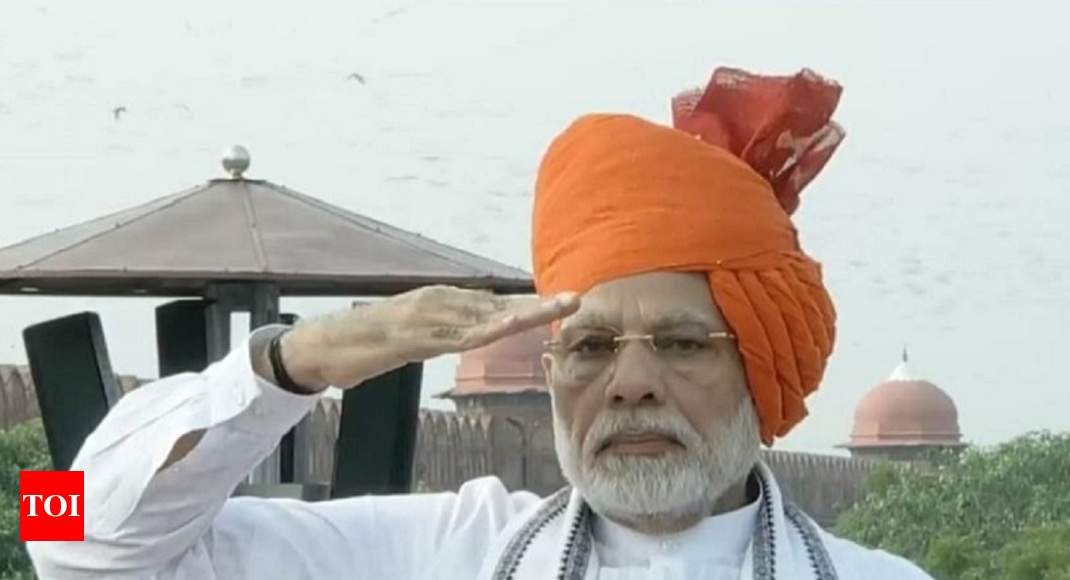 BENGALURU: Prime Minister Narendra Modi, as part of his Independence Day speech early on Wednesday, vowed to put an Indian in space by 2022, a fete, when India achieves it, would make it only the fourth country after the US, Russia, and China to have sent astronauts into space. But the big question would be whether or not the Indian Space Research Organisation (Isro), which still has a long way to go in realising some of the technologies needs for the project, will be able to pull it off in just four years.

The announcement, which even surprised Isro, has put the Human Spaceflight Programme (HSP)—on the table since 2004—on fastrack requiring tremendous resources and efficiency on part of Isro and some of the other secondary agencies that will work on the project.

“When India celebrates Independence Day in 2022, or maybe even before that if it’s possible, an Indian son or daughter will undertake a manned mission aboard ‘Gaganyaan’,” Modi said in his speech, hours after which, Isro Chairman Sivan K said the agency was confident of delivering the prime minister’s promise to the country.

Conceding that the announcement came as a surprise even to him, Sivan said: “…But it was a pleasant and sweet news for us. It shows how confident the prime minister is about our capabilities and we won’t let him down.”

The original plan for the HSP was to send two or three astronauts into the Low Earth Orbit (LEO) and bring them back safely to a predefined destination on Earth. The UPA-led government had sanctioned Rs 145 crore for pre-launch activities and Isro has developed several critical technologies for the project, for which it has used an additional Rs 50 crore to Rs 60 crore from its R&D budget.

However, not even a single technology needed for the project is mission ready, with several of them still in a very nascent stage. Critical technologies that are needed for HSP are Crew Module (CM) System, Crew Escape System (CES) and Environmental Control and Life Support System (ECLSS). Besides, there is also a need for a trustworthy launch vehicle.

While the crew module (not the final version) was successfully flight-tested in December 2014, Isro is still working on ECLSS systems, including Thermal and Humidity Control System (THCS), the Carbon-di-oxide and Odour Removal System (CORS) and Cabin Pressure Control System (CPCS). While these systems have been integrated into the Cabin Environment Simulation Chamber, tests on crew cabin volume are still in progress.

Isro will, at some point need to conduct integrated tests of all these systems, before which they need to prove their pedigree. Another key test Isro has conducted is the Crew Escape System (CES) for its crew capsule in an emergency pad abort test (PAT) in Sriharikota on July 5.

However, on Wednesday, he said: “We know the schedule is tight, but all along, work on critical technologies for HSP has been going on, we now have a crew module, environmental control and life support system and even the space suit has been developed. Of course, we still need a lot of testing, but we are confident.”

The GSLV MK-III, the launch vehicle chosen for HSP, is not a proven platform. But Sivan said: “We know that so far we’ve only had one flight, but the next one will be next month and we are confident of having 10-15 flights by the time of HSP.”

On how the agency plans to increase the capacity of the vehicle to carry nearly 10 tonnes of payload while managing to reduce the take offload, vibration, acceleration and achieve a safe limit for humans, Sivan said: “Like I said, this has come as a surprise to us too. We will need to answer those questions, maybe we can hold another press conference later.”

A senior department of space official who has years of experience on GSLV, however, said: “There are some changes that will be needed, but it is not something that we cannot achieve. It is a question of how we are able to dedicate resources, and what kind of strategy is put in place.”

Among other things, Isro has to deal with the concerns of managing the G-levels for astronauts, while not compromising on the efficiency of the launch vehicle, before it can be certified as mandated, which will be done by the Directorate General of Civil Aviation (DGCA).

For the project, Isro has already spent more than Rs 200 crore and the agency estimates that it needs at least another Rs 9,000 crore. Sivan said that in the next two months, Isro will prepare a detailed project report that will have the actual figures and that it won’t exceed Rs 10,000 crore.

The agency will now begin the process of identifying the project team and also outside partners for the execution of the programme.

“Our estimation is that this will create at least 15,000 jobs. We are also looking to partner with the industry and other agencies,” Sivan said.

So far as astronaut training goes, Sivan said that the resources at the Institute of Aerospace Medicine (IAM) in Bengaluru will be used, while a senior DoS official said that India is also looking at foreign collaboration.

“The Russians and the US already have a tested system to train astronauts which we can use, we are even looking at China if they are willing to co-operate. Eventually, we will, of course, have our own system for future manned missions, but for this, we may seek out,” he said.

Experiments By Astronauts On Cards

The current plan that Isro has for the HSP is to send astronauts into the LEO, about a 100km and have them cruise there for multiple days.

No final call on how many days it would be has been taken, but sources said it could be 3-7 days.

“The astronauts will carry out some experiments. However, at this stage, we aren’t sure what those would be. We are yet to prepare a project report. After that we will make an announcement of opportunity through which we’ll sources ideas for this,” Sivan said.