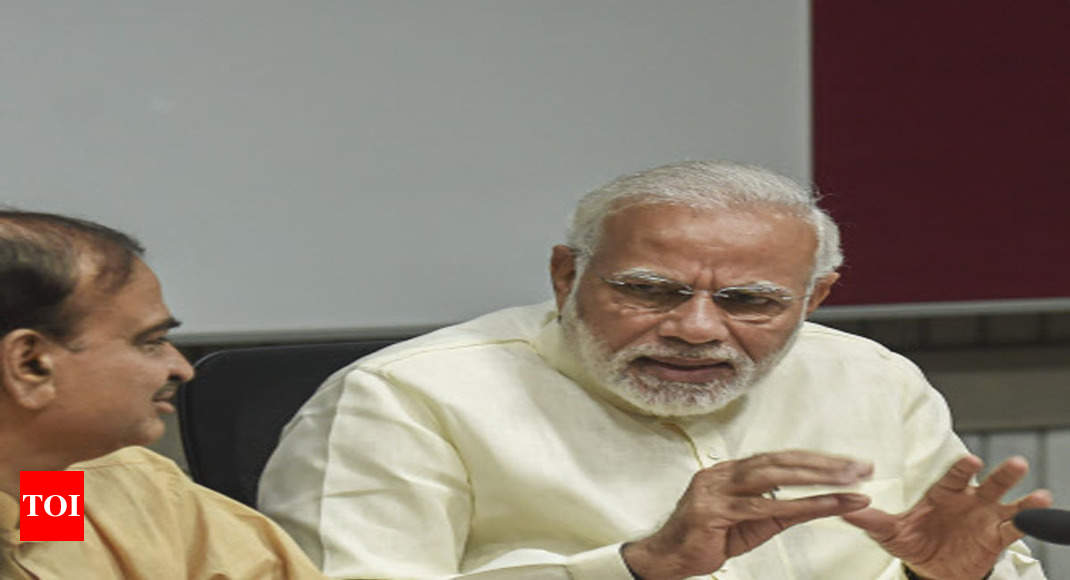 NEW DELHI: Ahead of the Monsoon Session of Parliament, Prime Minister Narendra Modi Tuesday sought cooperation of all political parties and asked them to ensure that it turns out to be a productive session. The Monsoon session will begin Thursday and end on August 10.

Addressing a meeting of leaders of various parties in Parliament House, the prime minister hoped that each one of them would raise issues of public importance in the larger interest of the country.

While the government has claimed that the opposition has assured them of their cooperation to ensure smooth functioning of both Houses of Parliament, opposition parties have voiced their concerns during the interaction with the government.

“The prime minister Tuesday sought the cooperation of all political parties for the smooth functioning of Parliament and a productive session. People of India want Parliament to function.

“The entire country expects and hopes the Parliament will function and debate over issues of national interest,” Parliamentary Affairs minister Ananth Kumar told reporters after the meeting.

He said Modi told the meeting that the government accords importance to issues raised by all political parties and urged them to collectively strive to create a constructive atmosphere in the session to achieve national good.

The Prime Minister expressed confidence that all political parties would cooperate in the smooth running of Parliament and undertake constructive discussions on issues of national importance.

Kumar said the government called for cooperation from all parties in the country’s interest.

According to the minister, there was a cordial atmosphere in the meeting and all parties were in favour of a productive Monsoon Session.

The Government, he said, is always ready to hold discussions on the floor of the House on any issue as permitted under rules.

He said deadlock should be resolved through constructive discussions in both the Houses.

Opposition parties raised a number of issues during the meeting. These include the issue of ending reservation for SCs/STs in appointments in higher education and bringing a law for stopping lynchings in the country as per directive of the Supreme Court.

“We will not allow the House to function till an assurance is given by the government on the floor of the House on reservation to SCs and STs in higher education,” said Samajwadi Party leader Ram Gopal Yadav.

The government, he charged, is ignoring the OBCs and SC/STs in appointments in higher education institutes. It is not giving what is due to the people from the lower section of society, he said.

AAP leader Sanjay Singh raised the issue of alleged discrimination by the Center against the Delhi government and hoped the Prime Minister will address the issue.

Kumar said the Monsoon Session of Parliament will end on August 10 and will have a total of 18 sittings spread over a period of 24 days.

He said 46 bills will be taken up during the session.