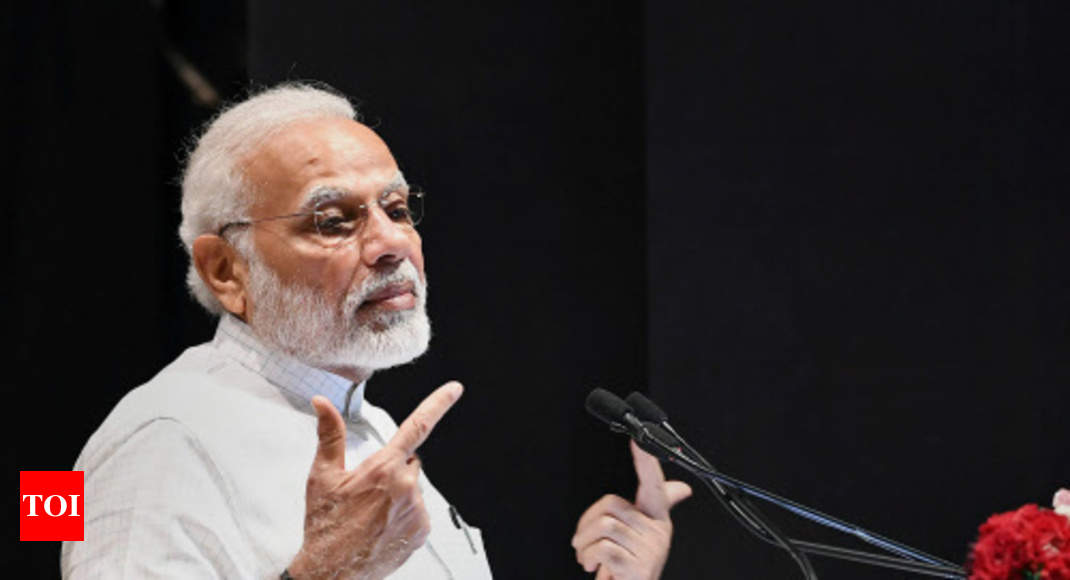 JAIPUR: Prime Minister Narendra Modi arrived here today to address the beneficiaries of various welfare schemes of the BJP governments at the Centre and in the state.
Modi arrived in a special aircraft that landed at the Sanganer airport. He was welcomed by Rajasthan Governor Kalyan Singh and Chief Minister Vasundhara Raje.

Thereafter, the primer minister left for the SMS stadium in a helicopter of the Indian Air Force.

He is scheduled to address the rally at the ‘Amroodon Ka Baagh’, which is close to the stadium.

Elaborate security arrangements have been made for the event. Sensitive areas in the city are covered by CCTV cameras, and temporary control rooms will alert the field units if they spot any suspicious activity.

The administration expects a gathering of about 2.5 lakh beneficiaries of 12 schemes run by the BJP governments at the Centre and in the state, where the party faces a crucial assembly election later this year.