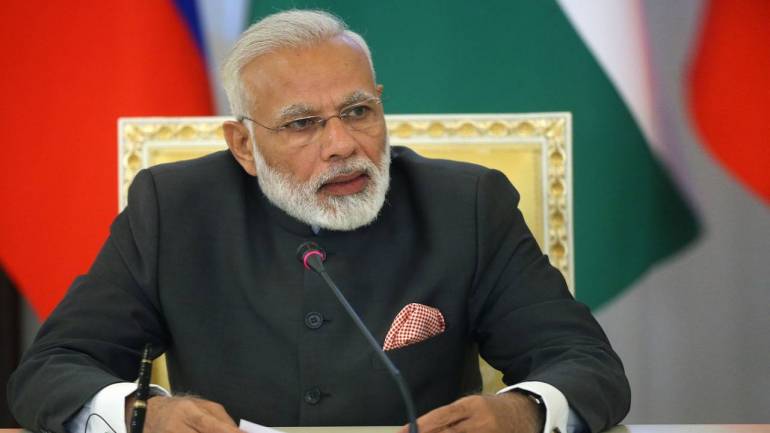 The exercise has begun to prepare the roadmap for “one nation, one election”. Prime Minister Narendra Modi has told the Bharatiya Janata Party and its cadre to begin deliberations in a bid to reach consensus on holding simultaneous elections for the Lok Sabha and the state assemblies.

In a meeting of the Niti Aayog on Wednesday, Modi also urged the intelligentsia to put pressure on political parties to support the agenda of simultaneous polls, which is being touted as the biggest political reform in the country since Independence.

The RSS-affiliated Rambhau Mhalgi Prabodhini group will hold a two-day seminar on the issue this month. BJP vice-president Dr Vinay Sahasrabuddhe told Mail Today that the party has taken a view that the matter of simultaneous elections needs to be discussed in public to create awareness and address practical difficulties in implementation. “Leaders from all political parties have agreed to the concept of one election in the country. The idea is to have one common voter list for all elections,” he said.

The seminar will witness the presence of Niti Aayog CEO Amitabh Kant, constitutional expert Subhash Kashyap, Baijayant ‘Jay’ Panda of the BJD, KC Tyagi of the JD (U), Gurudas Kamat of the Congress, and others.

A parliamentary committee on feasibility of holding simultaneous elections has also concluded that based on the experience of one election in foreign countries, the same could be implemented in India as well.

However, that required a fair degree of amendments and legislation.

The committee noted that in South Africa, elections to national as well as provincial legislatures are held simultaneously for five years and municipal election are held two years later.

In Sweden, election to national legislature (Riksdag) and provincial legislature or county council (landsting), and local bodies or municipal assemblies are held on a fixed date, i.e. second Sunday, in September for four years. Almost all political parties during initial discussions have supported the idea of one election, though they have pointed out the practical difficulties in implementing the plan.

However, the Congress has termed the move “unworkable and impractical”.

Sahasrabuddhe said the BJP and the government are of the view that while bringing a noconfidence motion in the House, the opposition party must also bring the “confidence motion” in support of the next government.

This, he said, aims at avoiding premature dissolution of house. Further, in case of by-elections, it has been proposed that the first runner up in the elections be declared elected if the seat is vacated under any circumstance. The election commission of India had also expressed similar views before the committee.

The panel headed, by Dr EM Sudarsana Natchiappan, listed several justifications for holding simultaneous elections. The report said it would reduce the massive expenditure incurred for conduct of separate elections every year. Presently, the cost of holding elections for Lok Sabha and Legislative Assemblies of States and UTs is pegged at `4,500 crore by the ECI.

It also noted that elections lead to imposition of Model Code of Conduct (MCC) in the pollbound states. The imposition of MCC puts on hold the entire development programme and activities of the Union as well as state governments and even affects normal governance.