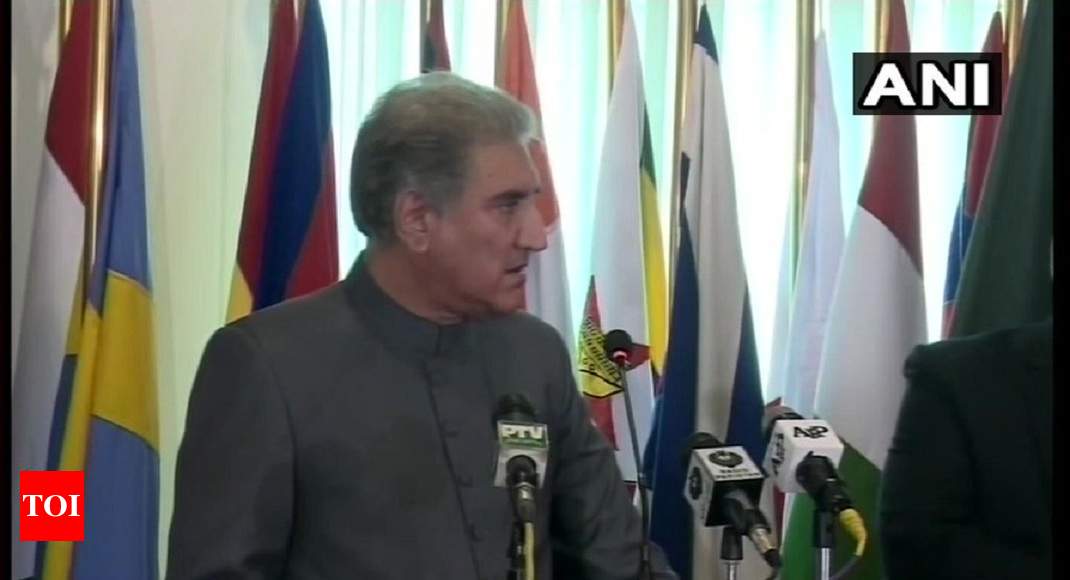 NEW DELHI: The newly-appointed foreign minister of Pakistan, Shah Mehmood Qureshi, on Monday said that Prime Minister Narendra Modi has in a letter written to Pakistan PM Imran Khan indicated the possibility of the beginning of talks between the two nations, according to reports published in Pakistan media.

Addressing his first press conference as the foreign minister of Pakistan, Qureshi said: “India and Pakistan have to move forward keeping realities before them.”

The minister further added that PM Modi had written a letter to Imran Khan, in which he had “indicated” the beginning of talks between the two countries.

Qureshi also stressed on the need for “continued” and “uninterrupted” dialogue with India, saying that both the countries “cannot afford adventurism”.

“There is a need for continued and uninterrupted dialogue with India. We are neighbours. We have long-standing issues, both of us know these problems. But we have no other option but to engage in dialogue. We cannot afford adventurism,” he said.

The minister also spoke on Kashmir issue, saying that both the countries should “face the realities”.

“These issues are complicated and we may face hurdles in resolving them, but we must engage. We will have to admit that we are facing problems, we must admit that Kashmir is a reality. The Islamabad declaration is a part of our history,” he added.

Yesterday, in his maiden address to the nation, Prime Minister Imran Khan had said that Pakistan will work to have “best relations with all neighbours.”

“I have talked to all neighbours and Insha-Allah, we will improve relations with all neighbours. Without peace (with neighbours) we cannot bring peace in Pakistan,” he said.