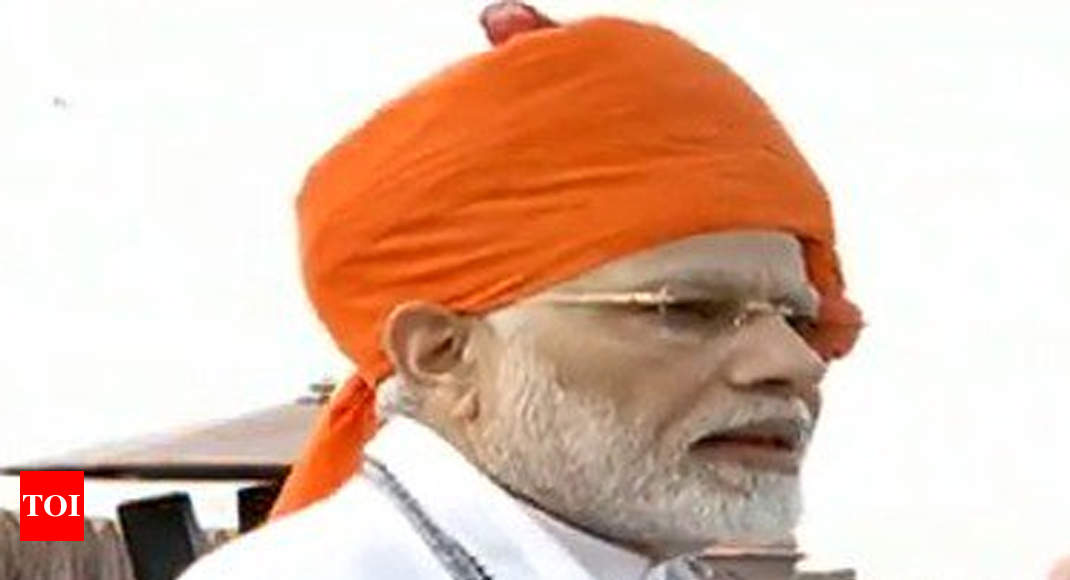 NEW DELHI: Prime Minister Narendra Modi on Wednesday continued his tradition of wearing turbans at the Independence Day celebrations and sported a saffron turban during his address at the Red Fort.

Modi had worn an orange and green coloured Jodhpuri bandhej safa for his maiden Independence day speech as Prime Minister in 2014.

He continued the tradition by wearing a turban with red and green stripes with a long safa in 2015 while he wore a red-pink-yellow coloured Rajasthani safa in 2016.

Last year, the Prime Minister had chosen an off-white and yellow-red turban with a long trail.

The country celebrated its 72nd Independence Day today where Modi addressed the people of India from the ramparts of Red Fort.