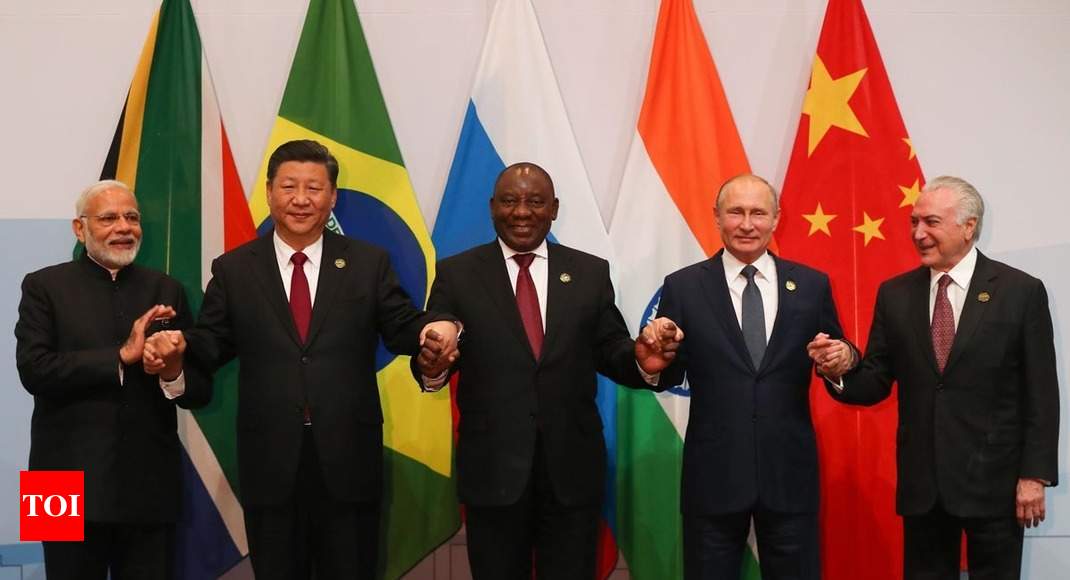 Prime Minister Narendra Modi and Chinese President Xi Jinping reiterated commitment to directing their militaries to improve communication and ensure peace and tranquillity along the border in what was their third bilateral meeting in the past three months. The two met in Johannesburg late on Thursday and agreed to maintain the momentum in ties which has seen several highlevel visits from both sides in the past few months.

Modi had travelled to Wuhan for a two-day informal summit in late April and then again had a bilateral meeting with Xi on the sidelines of the Shanghai Cooperation Organisation summit in Qingdao.

It is important to maintain this momentum and for this we should, at our level, regularly review our relationship and give proper instructions whenever required,” Modi told Xi in his opening remarks.

In Wuhan, Modi and Xi had decided to issue “strategic guidance” to their militaries to strengthen communications to build trust and understanding, a move aimed at avoiding a Doklamlike situation in future.

Briefing reporters about the meeting, foreign secretary Vijay Gokhale said the two leaders reaffirmed their readiness to give the necessary direction to their militaries to enhance communication between them and to maintain peace in the border areas.

Xi said the Chinese side is ready to work with the Indian side to carry forward the fresh impetus of bilateral relations since their informal meeting in Wuhan, China’s state-run Xinhua news agency reported. He called on the nations to strengthen strategic communication, increase mutual trust, promote practical cooperation, as well as cultural and people-to-people exchanges, strengthen dialogue and properly manage differences, Xinhua said.

Modi also expressed his willingness to send NSA Ajit Doval to China this year for the special representativelevel boundary talks, he said.

Gokhale said the two sides had agreed at Qingdao that the Chinese ministers for defence and public security would travel to India this year in August and October, respectively.