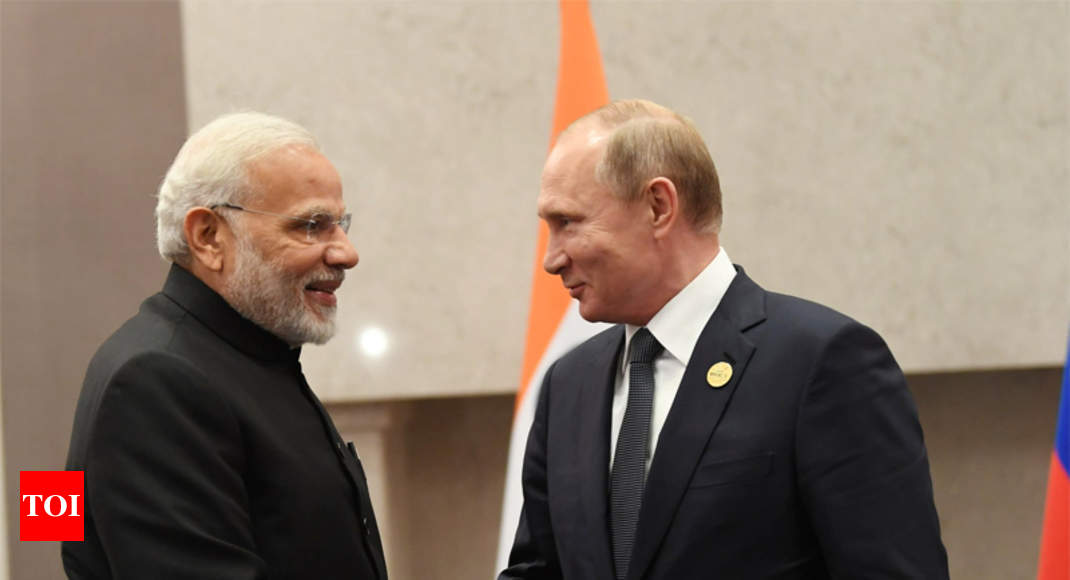 JOHANNESBURG: Prime Minister Narendra Modi on Thursday held talks with Russian President Vladimir Putin on the sidelines of the BRICS Summit in Johannesburg, and said the friendship between the two countries is deep-rooted.
Modi was meeting Putin after their informal meeting in May in the Black Sea coastal city of Sochi in Russia in May.

The two leaders then met on the sidelines of the Shanghai Cooperation Organisation Summit in Qingdao, China, in June.

“Wide-ranging and productive talks with President Putin. India’s friendship with Russia is deep-rooted and our countries will continue working together in multiple sectors. @KremlinRussia,” Prime Minister Modi said in a tweet.

Modi arrived in Johannesburg on Wednesday to attend the two-day BRICS Summit. The theme of the summit is ‘BRICS in Africa’.

BRICS is a grouping of emerging nations formed in 2009 and comprises five countries – Brazil, Russia, India, China and South Africa. Representing over 40 per cent of the world’s population, the block’s growth rates surpass those of the developed countries of the G7.