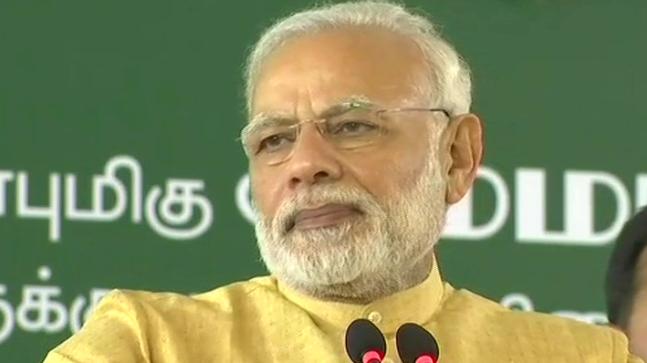 Modi said the initiative, a dream project of Jayalalithaa’s, would go a long way in empowering women – the key, he pointed out, to empowering households.

Jayalalithaa “would have been very happy to see the joy in the faces of beneficiaries,” he said.

Modi symbolically handed over the keys and registration certificates of two-wheelers to five women. He also launched an initiative through which 70 lakh saplings will be planted.

The prime minister listed measures his government had implemented to help women work night shifts, go on longer maternity leaves, and register homes in their names.

The National Democratic Alliance government is focused on “empowering ease of living for the common citizen,” he said.

Earlier today, Chief Minister Edappadi K Palaniswami and O Pannerselvam unveiled a statue of Jayalaithaa at the AIADMK headquarters, to mark what would have been her 70th birthday.

Jayalalithaa died on December 5, during her six term as Tamil Nadu’s chief minister.