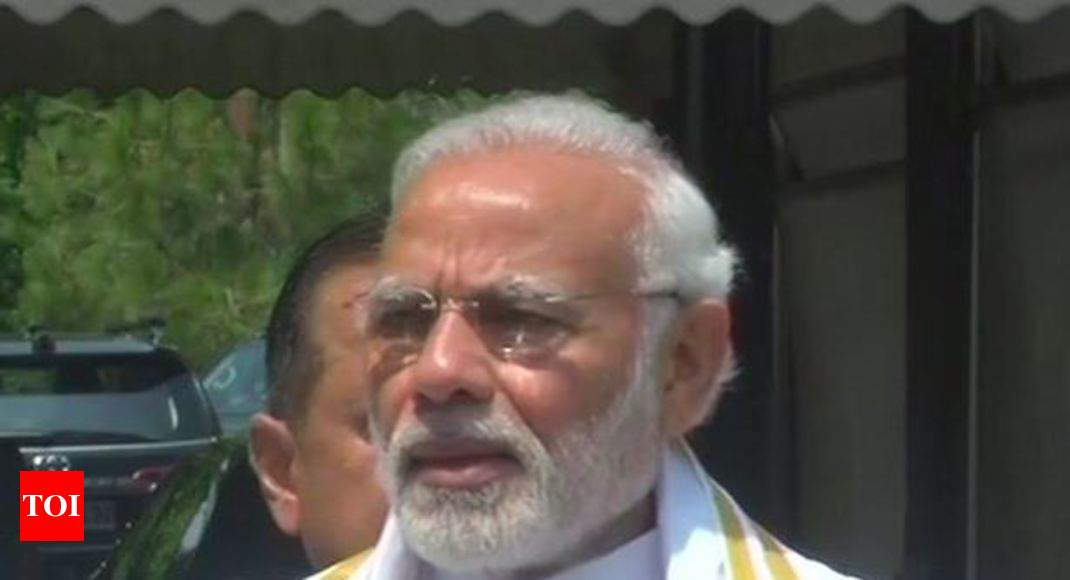 NEW DELHI: Ahead of the first day of Monsoon Session of Parliament, Prime Minister Narendra Modi urged all the political leaders to allow the session function smoothly.

The Prime Minister said that the Centre is ready to discuss all the issues that all the parties will raise in Parliament.

“I hope the Monsoon Session is a productive one and the time is properly utilised to discuss important matters. May the productivity of the forthcoming session and the rich levels of debate also become a source of inspiration for the various state assemblies. Any member, any party can raise any issue, we are all ready for proper discussions,” Prime Minister Modi told media here.

Many important decisions in nation’s interest will be taken up in #MonsoonSession2018 of Parliament. We hope for go… https://t.co/1MuzxYqwjV

The monsoon session, which concludes on August 10, will have 18 sittings amid much-expected drama in both the houses – Rajya Sabha and Lok Sabha.

However, the Opposition parties, led by Congress, are hopefully looking forward to target the in-power Bharatiya Janata Party (BJP) over various issues.

Government has listed a substantive legislative business for the session. This includes 48 items including 46 Bills and two financial matters. On priority, are The Muslim Women (Protection of Rights on Marriage) Bill or the anti-instant triple talaq bill and The Constitution (123rd Amendment) Bill, that gives Constitutional status to the National Commission for Backward Classes.