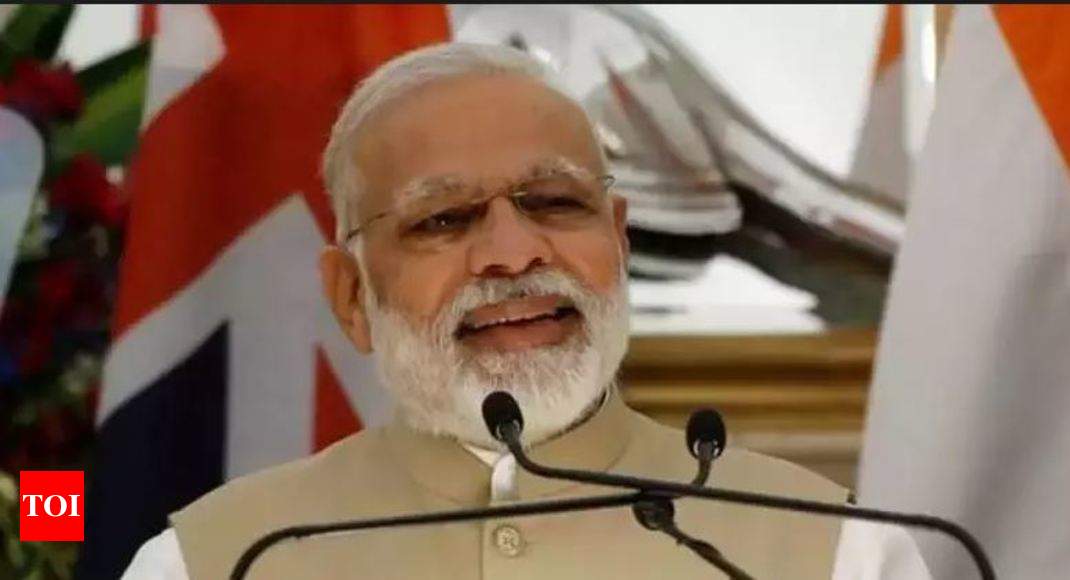 NEW DELHI: Prime Minister Narendra Modi today discussed some of the elements of good governance, including people’s trust, with over 170 newly-recruited IAS officers.

He also discussed the central government’s key flagship programmes with them.

“The PM encouraged them to share their experiences of field training. He discussed with them some of the elements of good governance, including Jan Bhagidari, information flows, optimal utilisation of resources, and people’s trust in governance,” a statement issued by the Prime Minister’s Office (PMO) said.

Minister of State in the PMO Jitendra Singh, who was also present in the programme, said that the experiment of posting assistant secretaries in central ministries, which was started three years ago under the leadership of the prime minister, received overwhelming positive response from the young IAS officers of the previous batches.

He urged the young officers to be part of ‘Team India’ in contributing to the making of ‘New India’.

A short film on the programme of attaching of assistant secretaries in the central government was also screened during the event.

As many as 176 IAS officers of 2016 batch have been posted as assistant secretaries in different central government departments as their first posting.

The posting is part of a unique initiative started by the central government to groom bureaucrats at the Centre before they move out to their respective state cadres.

All IAS officers are allotted cadres — which could either be a state or group of states. The officers are supposed to start their career in their respective cadre states.

As per the rules, IAS officers are eligible to come on central deputation only after completing nine years service at their respective cadres.

These IAS officers are on central deputation for 13 weeks, with effect from July 2 this year.