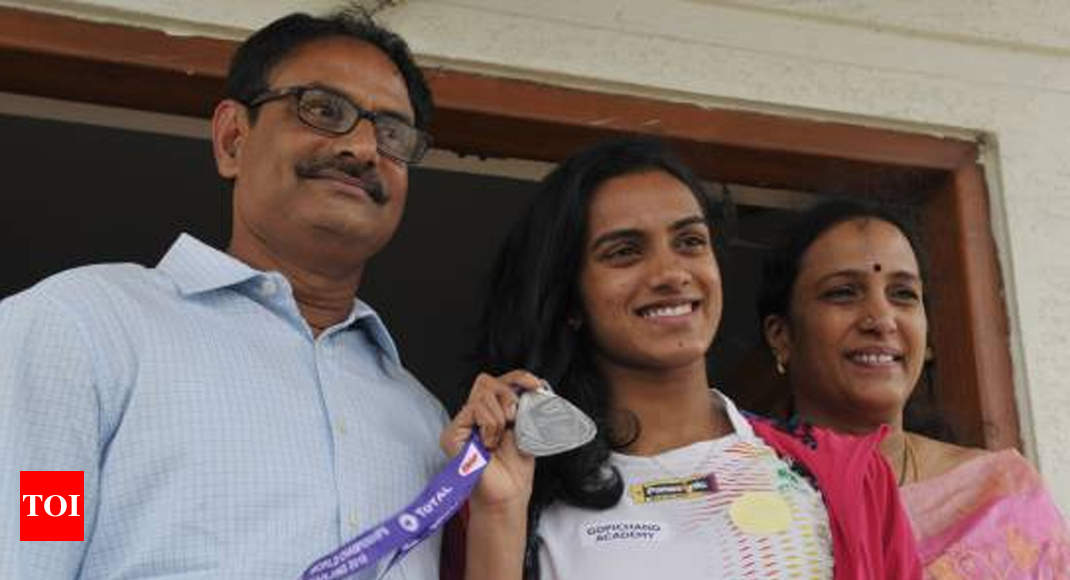 NEW DELHI: Indian women’s singles star shuttler PV Sindhu may have missed out on her third consecutive major individual title but she sees a lot of positives with her consistent run, adding that she is hopeful of a gold medal in the future.

World No.3 Sindhu recently returned with a second successive silver medal from the World Championships after going down 19-21, 10-21 to her old nemesis Carolina Marin of Spain in the summit clash.

At Nanjing, Sindhu went past Japanese super talents Okuhara and Akane Yamaguchi before meeting Carolina, who, after the final win, became the first women’s singles player to win three world titles. It was Carolina’s third title in the last four editions.

“It brings me immense amount of pleasure to bring back the silver consecutively second year in the BWF world championships. I didn’t lose the gold , I won the silver and I can proudly say my silver sparkles,” Sindhu said in an Instagram post on Wednesday.

“It was indeed a wonderful week in Nanjing, inspite of losing in the finals I had some great matches. I have been really happy about my consistent performance over the rankings,” the 23-year-old, who was a three-time World Championships medallist before this year’s edition, added.

“I believe that patience and persistence make unbeatable combination for success, hence have complete faith that my gold shall come soon!! It’s amazing how I have received so much love and support from people all around the world, and that keeps me going.”

In the post she also thanked her sponsors and her coaching staff. “And finally I want to thank my amazing team, who have stood by me like a pillar throughout the tournament and also thanks to all my sponsors @olympicgoldquest @baselineventures whose been supporting me and a special thanks to my Physio @physio.shetty who has always been waiting to treat me and take care of me when ever i want to and always being there for me. Finally thanks to all my coaches who helped me in and out and also been so kind always.”