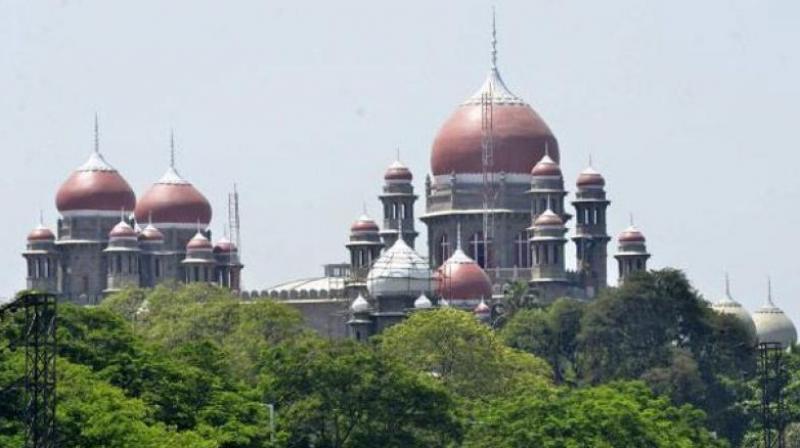 Hyderabad: The Hyderabad High Court on Monday directed the Telangana government to submit details of reservations fixed for the BC, SC and ST communities in the elections to the panchayat raj institutions as well as the reasons for exceeding the 50 per cent limit.

A division bench comprising Acting Chief Justice Ramesh Ranganathan and Justice J. Uma Devi was dealing with a petition by Ms V. Swapna Reddy, a resident of Sangare-ddy district, seeking to declare provisions of the Telangana Panchayat Raj Act 2018 under sections 94, 97(e), 99(a), 174(a) and 171(b) as unconstitutional and contrary to directions of the Supreme Court.

The petitioner also requested the court to strike down the provisions and set aside the GO Rt No 396.

Mr Vedula Srinivas, counsel for the petitioner, cited the apex court ruling that the total reservations for the BC, SC and ST communities in local body elections shall not exceed 50 per cent. Mr Vedula said the state government is providing 34 per cent reservations to the BC communities alone, which would result in the total reserved seats exceeding the 50 per cent mark.

The counsel urged the court to impose stay on the panchayat raj elections.

The Hyderabad High Court on Monday gave the Telangana government another two months to constitute the Security Commission and Police Complaints Authority at state and district levels within two months.

A division bench comprising Acting Chief Justice Ramesh Ranganathan and Justice J. Uma Devi was dealing with an appeal by the state government challenging an order of a single judge bench issued in April 2017, directing it to constitute the panels within three months.

The state government contended in its appeal that the single judge bench’s order with regard to members to be accommodated in the panels were beyond an order passed by the Supreme Court.

While adjourning the matter, the bench told the state government to set up the panel as per the directions of the Supreme Court.