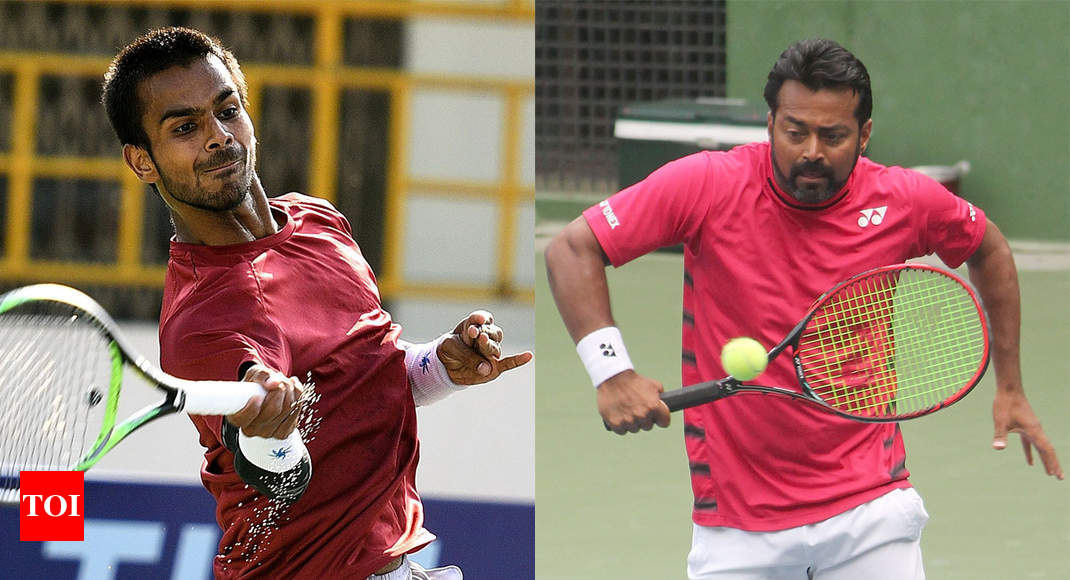 The players though backed AITA’s decision to team Rohan Bopanna with Divij Sharan, as was requested by the top two players in the country.

Players inside top-100 — Jeevan Nedunchezhiyan and Purav Raja — and N Sriram Balaji and Vishnu Vardhan, who have earned their maiden Grand Slam debut, have all voiced concern at the Paes-Nagal pairing.

“Definitely Bopanna and Divij are playing well and ranked 1 and 2. It makes sense to pair them. I don’t understand where did Sumit come into doubles. Nothing against him as a player. Since we want our best pairs to get medals for our county, we need to send the best doubles pairs,” said Balaji from London.

The Chennai-player said going by the rankings of Paes and Nagal, they are unlikely to be seeded. “It’s not that we don’t have higher-ranked doubles players. We have Purav Raja and Jeevan Nedunchezhiyan ranked inside top-100. Another point is I’m sure Leander and Sumit won’t even be seeded,” said Balaji,

“And I am not sure if the two teams from the same country will be drawn in 2 different halves. If that rule is not applicable, they can even draw in the first round. Then we will have only one chance for a medal,” Balaji said.

Vardhan felt Paes and Raja should have gone as India’s second entry in men’s doubles. “I feel that when we have so many doubles players who are on top and in the end our goal is to get maximum number of medals, so why not send two specialist team.

“Sumit is not a bad doubles player. He has won a junior Grand Slam. But just that it’s not the best we have. I just hope they come back with as many medals.”

When the six-man squad was picked the, selection committee had reasoned that Nagal was chosen as a cover for singles players — Ramkumar Ramanathan and Prajnesh Gunneswaran.

Jeevan, who is superb form and has forced his way back into the top-100, was baffled at the way system works in India. “The core issue is we have an association which is not looking to produce tennis players of world class calibre. So, I think until we focus on having a system in place in our country to train professional tennis players all these selection issues are just noise.

“I wish whoever goes to the Games, the best and I hope we can win as many medals as possible. I will continue to run my race the only way I know. With my the blinders on,” the southpaw from Chennai fumed.

“My personal opinion is that picking three doubles players and three singles players is not a brave selection.”

When contacted for his comment, Raja said, “You should ask Leander who he thinks is the best chance he can win a medal with. I think our aim should be medals whether me or best suitable person.”

Sumit is going through a rough patch as he has lost eight first-round matches in a row. In his five doubles tournaments this season, he has won just one match.

India has returned with at least one medal from the men’s doubles since 2002 edition in Busan. Of India’s four gold medals in men’s doubles, till date, Paes has won three.