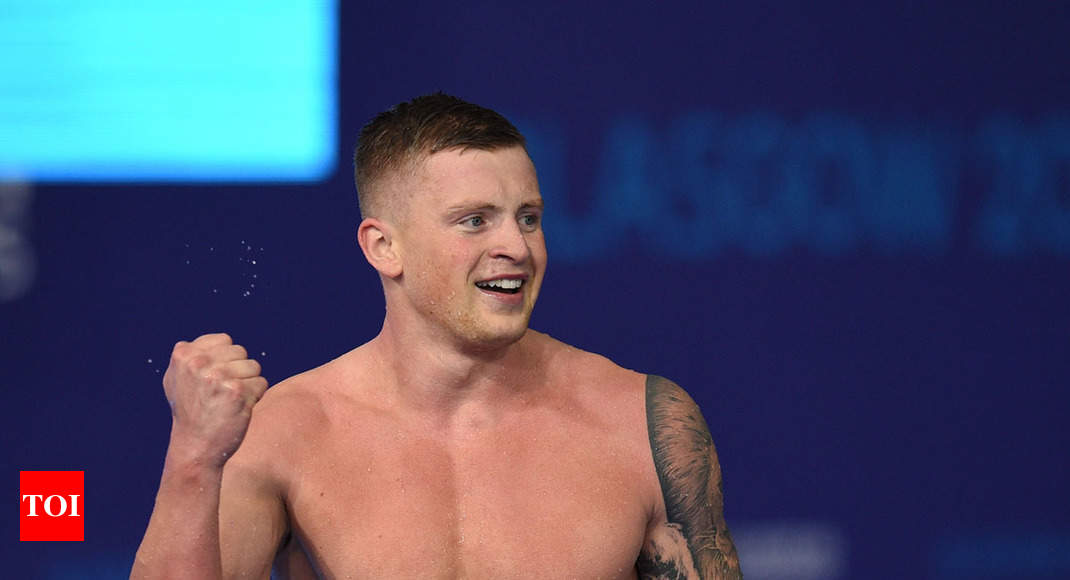 GLASGOW: British swimmer Adam Peaty improved his own world record in the 100-metre breaststroke to 57 seconds at the European Championships on Saturday.

The Olympic champion shaved 0.13 off his previous best mark, which he swam at the Rio de Janeiro Olympic Games two years ago. Peaty has the 14 fastest times in the discipline, and he is the only swimmer to beat the 58-second mark.

Peaty was still far from another world record in his heat (57.89) and in the semi-finals (58.04) on Friday but announced he “would be on my full game” for the final.

With a reaction time at the start of just 0.47, Peaty looked sharp from the beginning of the race. He never had his lead under threat. He beat James Wilby by 1.54 for a British 1-2 finish. Anton Chupkov of Russia finished 1.96 behind in third.

In the build-up, Peaty said he wasn’t focusing on setting world records or below-57 finishing times anymore after his disappointing showing at the Commonwealth Games.

At Gold Coast in April, he won the 100m breaststroke in only 58.84 and suffered a first defeat in four years in the 50m breaststroke, where he was edged by South Africa’s Cameron van der Burgh.

Peaty said he would seek redemption at the European Championships, and to get confirmation, he was still well ahead of the competition with the Tokyo Olympics two years away.