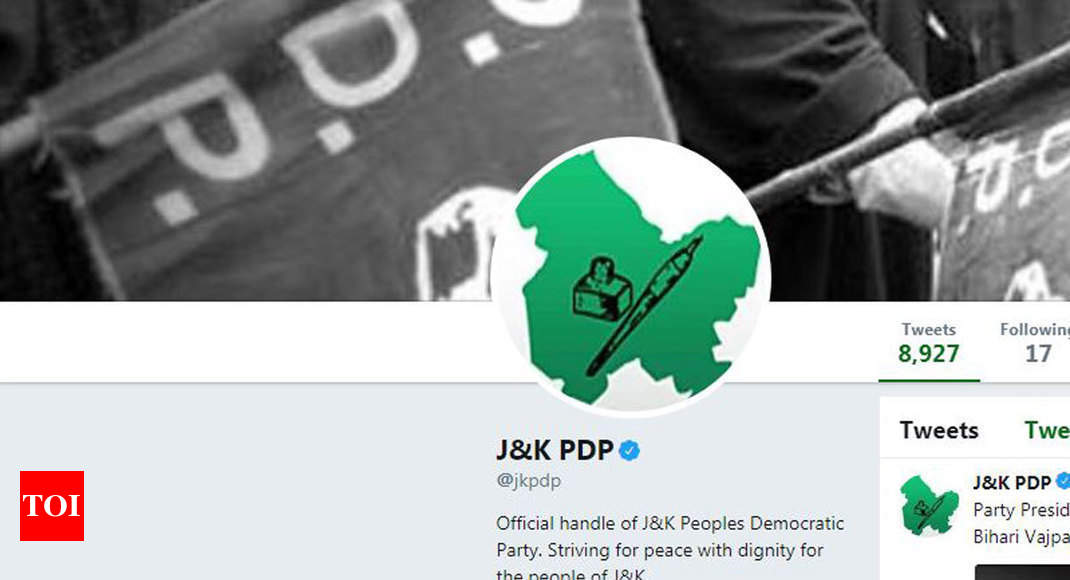 Some of the Twitter accounts the PDP follows include party leaders, legislators, journalists and even actor-turned-politician Shatrughan Sinha.

However, the list does not include any of the PDP’s seven rebel legislators — five MLAs and two MLCs — led by the influential Shia leader Imran Ansari ? a former minister and MLA Pattan.

Soon after the BJP ended its coalition with the PDP in Jammu and Kashmir, Ansari led a revolt against Mehbooba Mufti’s leadership accusing her of nepotism.

“The Twitter handle used to follow few of the rebel party leaders – like Ansari and Reshi – who were active on the social media and the handle would often retweet their tweets. However, after the revolt in the party, the handle not only stopped retweeting Ansari’s tweets, but also unfollowed him,” a party leader said.

Speaking on the condition of anonymity, he told PTI that ‘unfollowing’ the rebel leaders on Twitter “was a beginning” and more steps were likely to be taken.

“This is just the beginning. More steps are in the pipeline,” he said.

Asked if the party would suspend the rebels, the PDP leader said “That option is open for us. We have gone a bit slow and are waiting to see the situation.”

When contacted, a party spokesperson declined to comment on the issue.