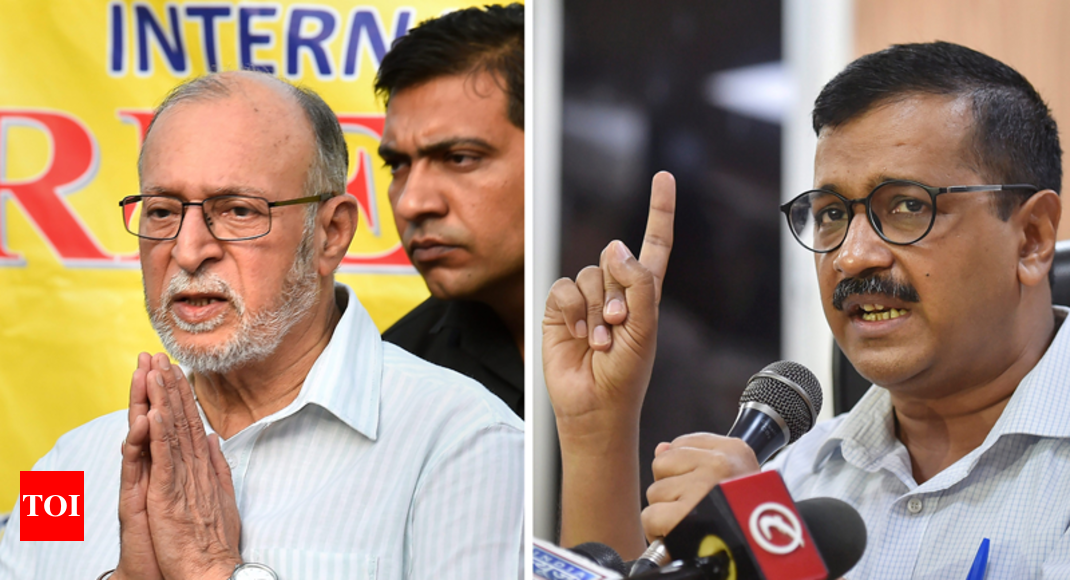 NEW DELHI: Various parties on Wednesday hailed as a “big victory” for democracy the verdict of the Supreme Court laying broad parameters for governance in Delhi, and hoped the bitter power tussle between the Centre and the state government would end and better governance delivered to people who have suffered till now.

While Delhi Chief Minister and Aam Aadmi Party (AAP) national convener Arvind Kejriwal welcomed the verdict terming it a “big victory” for people and democracy, he blamed the Narendra Modi government for creating a “chaos” in the national capital in the past three-and-a-half years.

“If Modi govt had not withdrawn the powers of elected govt through illegal orders, precious three years would have been saved. People of Delhi are grateful to judiciary. Today’s order reinforces people’s faith in judiciary,” Kejriwal tweeted.

Welcoming the verdict, the Congress hoped that better sense would prevail on both sides and governance and delivery of services to people of Delhi would begin in the right earnest.

The Congress also hoped that the verdict will put an end to the ego clash between the prime minister and the Delhi chief minister. It said the AAP should stop making excuses for not doing governance and the BJP should stop creating unnecessary hurdles in governing Delhi.

The BJP asserted that with the verdict, it has been established that the Constitution is the “boss” and there is no room for “anarchism” of the ruling party in the national capital.

The central government, however, sought to play down the verdict, saying the court only underlined the special status of Delhi as not being a ‘state’ in the conventional sense.

A senior government functionary said the judgment has made it clear that Delhi cannot frame laws which are in contravention of laws being implemented by the Centre.

“Delhi is a special area and the Lt Governor is not like other governors. Therefore, the main pleas of the AAP government have been rejected by the Supreme Court,” he said.

“Thumping victory for representative democracy. I welcome SC judgement in the Delhi Government versus LG case….The SC judgement contains important lessons for Puducherry as well,” he said on Twitter.

Congress chief spokesperson Randeep Surjewala said, “No elected government in garb of a conflict with the Centre should resort to non-governance as has been happening in Delhi.”

“We welcome the decision of the Supreme Court and sincerely hope that better sense will prevail on both sides and even though belated the task of governance and delivery of services to people of Delhi will begin in right earnest,” he said.

Surjewala said the Congress displayed how public welfare was above personal welfare when it was in power in Delhi and proved how opposition parties will not prove a deterrent to the growth story and how different parties carried forward one ‘agenda of governance’.

“While we laud and welcome the Supreme Court verdict, the truth is that unnecessarily creating hurdles in governance, be it any party’s government, is wrong,” he said.

“We hope that at least after the Supreme Court verdict, now that things have been made clear, then a party will stop making excuses for not doing governance and another party will stop creating hurdles,” he said.

Taking a dig at Kejriwal, BJP spokesperson Sambit Patra said the chief minister is celebrating his “loss” as the Supreme Court has rejected the demand for absolute powers for his government.

He said the apex court has upheld the Constitution in its order on the fight between Kejriwal and the LG over their powers and Delhi’s status while speaking against anarchy.

The SC judges must have Kejriwal on their mind, when they wrote against anarchy as the Aam Aadmi Party leader is a “self-declared anarchist”, Patra quipped.

“Why is he celebrating?” Patra asked. The AAP leader should focus on governance and not on dharnas, he said.

Delhi Congress chief Ajay Maken said, “There is no scope for any blame game. Delhi gave seven seats to the BJP in the Lok Sabha election, and 67 out of 70 seats to the AAP in the Assembly election. Both of them in the last four years have destroyed the development carried out by the Congress government while engaging in blame game.”

“We hope that the development, which has been stalled ever since the Congress was voted out of power over four years ago, will start again,” he said.

CPM general secretary Sitaram Yechury said the apex court verdict had brought the misuse of power by the lieutenant governors and governors into “sharp” focus.

“The role of LGs and Governors and their misuse has been brought into sharp focus by today’s judgement. BJP’s charade of cooperative federalism and in reality destroying our federal structure is condemnable. LGs/Governors cannot usurp rights of an elected state government (sic),” he said on Twitter.

The CPI echoed the sentiment and said the verdict was applicable to all the states, with its leader D Raja saying it is very clear that elected representatives cannot be ignored as they represent the people.

The Supreme Court today handed a major victory to Delhi’s AAP government in its bitter power tussle with the Centre by ruling that the Lieutenant Governor (LG) has no independent power to take decisions and is bound by the elected government’s advice.