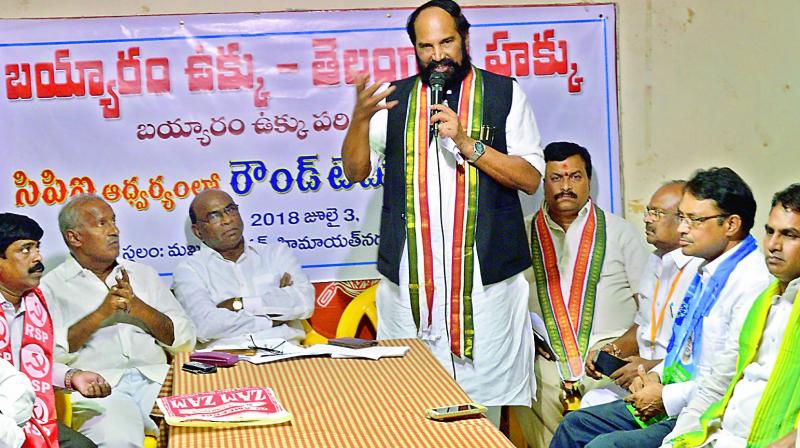 TPCC president N. Uttam Kumar Reddy speaking at the conference, questioned as to what had happened to Chief Minister K Chandrasekhar Rao’s announcement on the distribution of three acres of land to each Dalit family. He alleged that the TRS government implemented the Rythu Bandhu scheme for political gain in the  upcoming elections.  He demanded that the state government provide remunerative prices for the crops produced by farmers.

TJS president Prof. M. Kodandaram said that the state government had to have some deadline to rectify the mistakes in the purification of land records.  He alleged that without conducting surveys, the lands had been procured forcibly from farmers in the name of projects. He said that they would complain to the Governor about the problems in the land records survey.  CPI leader Chada Venkat Reddy, Telangana TD leader Ravula Chandrasekhar Reddy and others also participated in the conference.