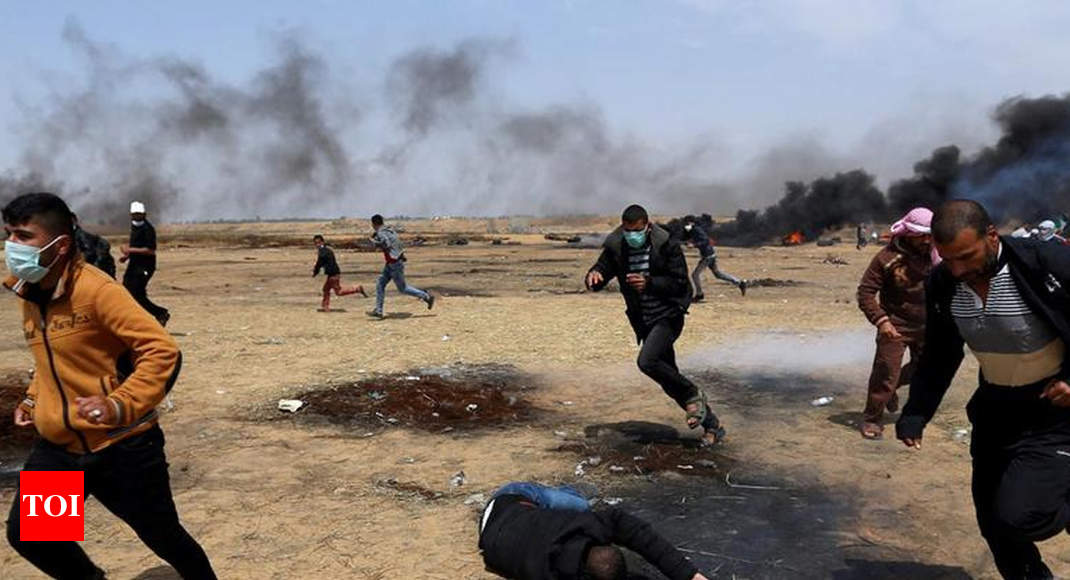 GAZA CITY: A Palestinian medic was killed by Israeli fire during clashes and protests along the Gaza border on Friday, the health ministry in the enclave said.

The death of Abdullah al-Qatati along the border in southern Gaza came amid heightened tensions, a day after a deadly flare-up between the Israeli army the territory’s Islamist rulers Hamas.

Thursday had seen extensive Israeli air strikes on Gaza in retaliation for the launching of more than 180 rockets and mortar rounds by Hamas and its allies on Wednesday night.

But an unofficial ceasefire agreement between the two foes went into effect around midnight (2100 GMT) on Thursday.

On Friday evening a few thousand Palestinians gathered along the border for weekly protests.

Qatati, who was in his 20s and a volunteer with the government medical services, was shot in the chest east of Rafah in southern Gaza, a health ministry spokesman told AFP.

He said another 25 Palestinians were hit by Israeli fire, with one in critical condition after being shot in the head.

Qatati is at least the second medic to have been killed by Israeli fire during months of border protests.

The protesters, who gathered in different locations along the Israel border, set tyres ablaze and threw stones but there were fewer people demonstrating that in previous weeks, AFP correspondents said.

The Israeli army said a few thousand “rioters” gathered in a number of sites along the border, with soldiers using riot dispersal means, including live fire.

Three Palestinians were killed in the Israeli strikes, while seven Israelis were wounded by Palestinian rocket fire.

It was one of the most serious flareups since the 2014 Gaza war and followed months of escalating tensions.