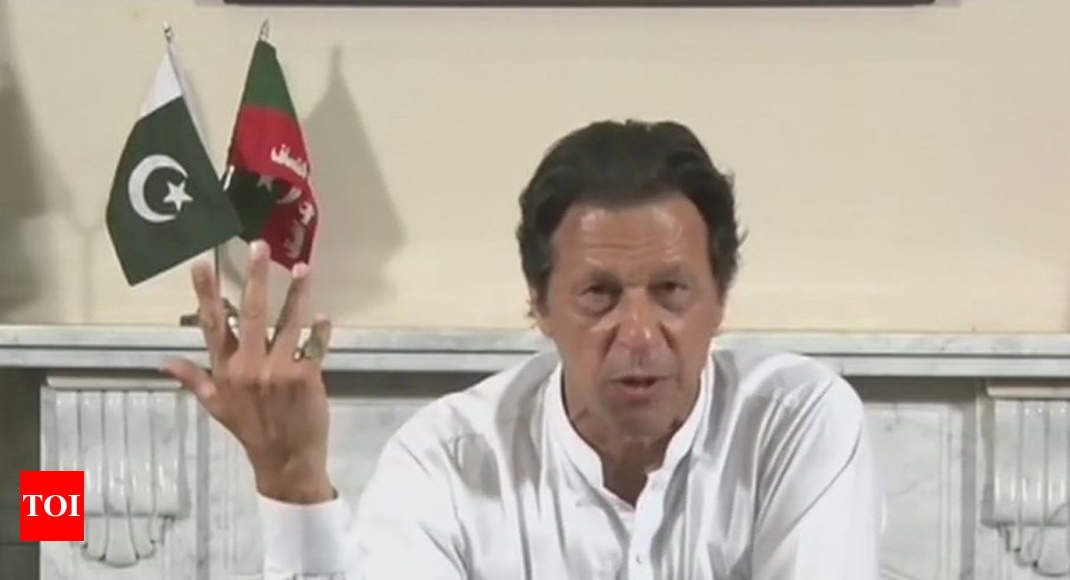 ISLAMABAD: Pakistan is willing to improve its ties with India, Pakistan Tehreek-e-Insaf chief Imran Khan said on Thursday, asserting that the blame game between the two neighbours, detrimental to the sub-continent, should stop.

“If they take one step towards us, we will take two, but at least need a start,” 65-year-old Khan said in his first public address after leading his party to victory in the general elections held yesterday.

Khan said Kashmir is the “core” issue between the two countries and it should be resolved through talks.

“I am a person who arguably knows the most people in India because of my days in cricket. We can resolve the poverty crisis in South East Asia. The biggest problem is Kashmir,” he said, suggesting that the two sides should come to table to resolve it.

“We want to improve our relations with India, if their leadership also wants it. This blame game that whatever goes wrong in Pakistan’s Balochistan is because of India and vice versa brings us back to square one,” he said.

“This is not how we will grow, and it is detrimental to the sub-continent,” he added.