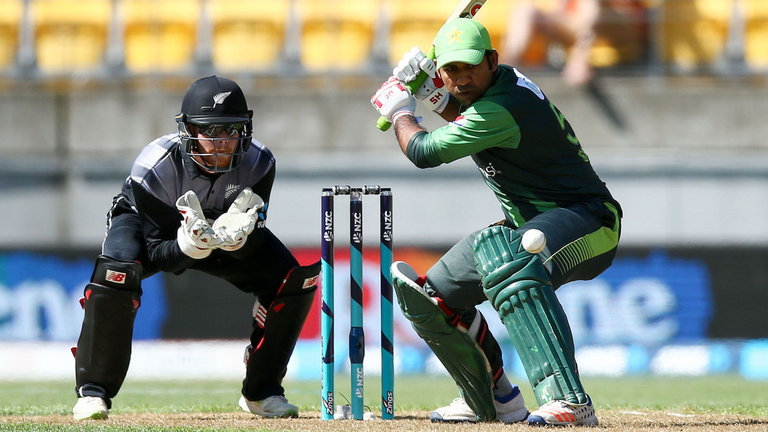 Pakistan’s relationship with Twenty20 cricket is a very curious thing. They have found this strange sort of comfort in the most uncertain format of the game, resulting in a highly impressive winning streak of 10 consecutive series – topped off by the whitewash of Australia last week.

It may not be the case, but on the surface at least it appears Pakistan have a very organised way of going about things. This is best represented by Babar Azam – their most organised player as well as their most successful batsman in T20Is this year (excluding the injured Fakhar Zaman). Azam averages a staggering 72.83 from nine matches in 2018, including four fifties in his last five innings. He’s not flashy, just orthodox, and very bankable. Pakistan take after him.

Azam’s safety at the top allows the others in the lineup to express themselves properly. The likes of Shoaib Malik, Asif Ali, Faheem Ashraf and even Imad Wasim are able to unleash themselves in the later overs. Saying that, the acceleration during the death overs was something they struggled with in the recent series against Australia, and something they’ll be eager to fix.

The bowling attack is where Pakistan really dominate, especially in the UAE, given how well-rounded it is for those conditions. There’s a lot of fire in Hasan Ali, Usman Khan and Shaheen Afridi, whichever two-man combo they go with, while Faheem Ashraf provides balance. Their real trumpcard though is leg-spinner Shadab Khan, also the second-highest wicket-taker in 2018 with 24 wickets at an economy of 6.61. Then there is Imad Wasim, brought back into the T20I squad for the previous series against Australia – after almost a year’s absence – who goes ahead and earns two back-to-back Man-of-the-Match awards. This is the kind of depth available for Pakistan to choose from.

Overlooking everything is captain Sarfraz Ahmed, who pampers T20 cricket with passion, also turning problem-solver whenever there are any signs of trouble in paradise. He’s so expressive on the field, there’s no room left for any of his players to do anything other than go out and play.

On the other hand are New Zealand, who last played international cricket in March. It’s a rare luxury to be out of action for so long in this modern age, where teams are resting players out of sheer exhaustion.

After such a long break you would expect their players would be raring to go. Even without Martin Guptill, sidelined by a calf-strain, the visitors have a strong top-order in Colin Munro, Kane Williamson and Ross Taylor. Munro was impressive during his stint at the CPL, where he was also Man of the Tournament. Playing in that tournament as well was wicketkeeper-batsman Glenn Phillips, likely to slot in at the top of the order.

Guptill is not the only one New Zealand will be missing due to injury. Left-arm spinner Mitchell Santner is still to come back from his knee injury which ruled him out for nine months in March. In his absence, Ish Sodhi will take the mantle of the senior spinner and could be partnered with uncapped Ajaz Patel.

New Zealand could also go for the all-round experience of Corey Anderson – who finds himself back in the squad, having last played an international match as far back as the Champions Trophy in June last year. Meanwhile, Tim Southee, Lockie Ferguson and Adam Milne are reliable pace options.

What to expect: A warm evening, a full game and hopefully, a tight contest.

“It is an important series for us. The previous series against Australia is history now. New Zealand are a good team and they have been performing in T20 cricket. We will try to carry the momentum. The first match of is always of extreme importance. So, we will try to begin the series on a good note: Sarfraz Ahmed.

It’s a big challenge, especially in these conditions and with a few guys coming straight out of winter and not playing a lot of cricket. Obviously those are excuses. We’re going to play our brand of cricket and hopefully it’s good enough on the day: Colin Munro.