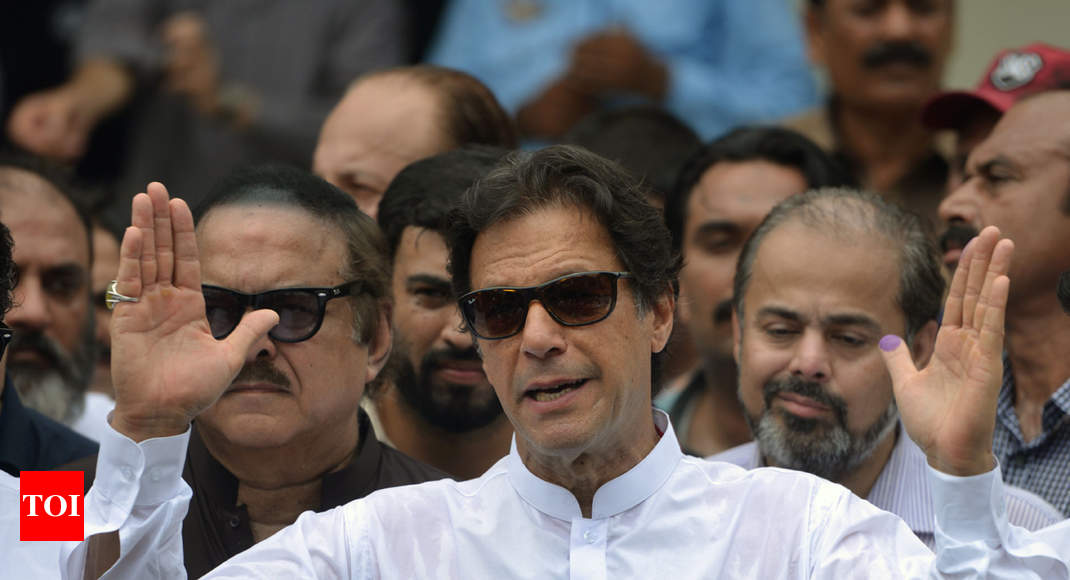 ISLAMABAD: Pakistan’s election commission on Thursday demanded a signed apology from prime minister-in-waiting Imran Khan for violating the electoral code of conduct while casting his vote in the general election on July 25, according to media reports.

A four-member bench headed by the chief election commissioner Muhammad Raza Khan heard the case against Khan, the chairman of Pakistan Tehreek-e-Insaf (PTI) after the Election Commission of Pakistan (ECP) took notice of the photos of him stamping the ballot paper in full public glare in the NA-53 Islamabad constituency.

Khan’s counsel Babar Awan, who appeared before the ECP, submitted a written reply stating that his client did not intentionally stamp his ballot publicly, Geo News reported.

According to the reply, photos of Khan’s ballot were taken without his permission. The curtain, used around the ballot for secrecy, had fallen due to the crowd inside the polling booth, it said.

“The divider (at the booth) was removed due to rush,” Awan told the bench. When Khan asked staff for instructions, he was told how to cast his vote, he was quoted as saying by The News.

Awan also sought an end to the case and requested the ECP to issue the notification for Khan’s victory from NA-53 Islamabad constituency.

The ECP, however, dismissed the reply submitted by Awan and demanded an affidavit from Khan apologising for the controversial vote casting complete with his signature.

The commission then adjourned the hearing till tomorrow.

“Do not use such language in the future,” a four-member bench of the ECP headed by the chief election commissioner warned the four leaders while accepting their apologies.

Last month, the ECP had issued notices to the four politicians for using indecent language during their election campaigns.

The ECP had said notices were taken on the basis of media reports suggesting the use of foul language by the leaders.

The electoral body has withheld notification of Khan’s victory from the constituency in view of the pending case against the PTI chief for violating the electoral code of conduct.

According to Section 185 of the Election Act, a person can be given a six-month jail sentence and/or fine of Rs 1,000 for not casting their vote in secrecy.

On July 30, the ECP had sought a written reply from Khan, who has been nominated by the PTI as the next Prime Minister after the party emerged as the largest in the National Assembly in the election.

Khan had contested from five constituencies and had won from all of them. But the ECP has only granted him temporary permission to take oath as a Member of the National Assembly, pending the outcome of the case of violation of electoral code of conduct.