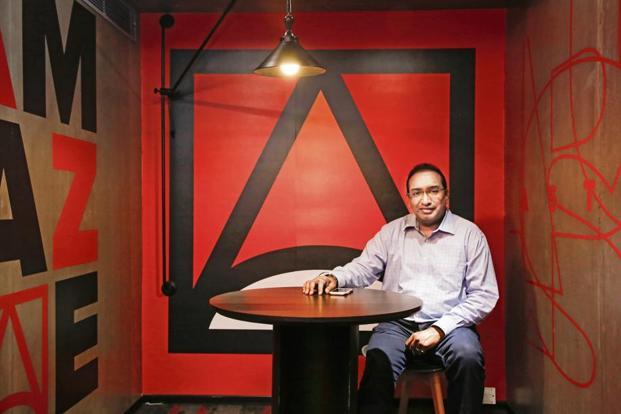 In less than a year of its launch, Aditya Birla Group chairman Kumar Mangalam Birla’s content studio Applause Entertainment already has about eight web shows in production, with many more awaiting announcement. The studio’s chief executive officer, Sameer Nair, who has seen the television and film landscape change with his earlier stints at the Star network and Balaji Telefilms, is looking at charting a digital-friendly future for audiences hungry for new-age content. In an interview, Nair spoke about the forthcoming shows, why he doesn’t feel the over-the-top (OTT) video streaming space in India is cluttered and how he wants to be a catalyst to create spectacular content. Edited excerpts:

You’ve green-lit and announced several web shows. What are the genres you’re looking at?

Television in India is currently dominated by daily soap opera and reality shows. The big gap in the market is actually in the big drama format. We did the daily soap operas in the 2000s and the market sort of got distorted into that direction completely. TV never did high-quality drama series, except like a 24, but those were few and far between. At Applause, we said we want to focus on premium drama. And while we call it premium drama, this is not content designed to be elitist. Anyone in small-town India can see and enjoy it as much as someone in the big cities. Apart from Hindi, we are doing shows in Tamil, Telugu and Bengali.

How are you deciding on scripts?

There is a lot of talent out there that doesn’t want to do TV as it is currently and can’t do films because they are harder to mount. So this (the OTT space) becomes like a happy hybrid in the middle. We’ve had a bunch of exciting projects and are approaching it in three or four different ways. One, we are looking at literature that we can adapt, so that there is some ready material to work with. For instance, we bought Debashis Basu and Sucheta Dalal’s The Scam and Novoneel Chakraborty’s The Stranger Trilogy. The second approach is we are buying the rights to international shows and drama series for adaptation in India. So we bought rights from the BBC for a sitcom called The Office and a series titled Criminal Justice, which we are adapting into the Hindi context. Then we are working on original material: for example, Nagesh Kukunoor pitched a political drama to us, which he has just finished shooting and there is another show we’re coming out with, a heartland-set, coming-of-age comedy that stars Swara Bhasker. We’ve already got eight shows in production, and in the next three months, I’m hoping another 10 will go on the floors.

Where will these be showcased?

The shows are going to be ready by the end of August after which we shall start having conversations. There are obviously the giant telecommunication companies like Idea, Vodafone, Airtel and Jio, whom I regard as video streaming platforms. The combination of smart devices, falling data prices, and these ready connected distribution systems make for quite a powerful compelling proposition. Then there are the existing platforms like Amazon Prime Video and Netflix, the Indian broadcast players and then a bunch of new people who are looking at this like Times MX Player, Facebook, Instagram, YouTube, Apple and Paytm. We are in a world which is looking to connect 100-400 million Indians equipped with paying mechanisms and smart screens playing in front of them. We are having conversations, so there will be news on that front soon.

Do you find the OTT space in India cluttered?

Not really. TV as the traditional media of the last century was always limited by the number of slots and driven by prime time and appointment-viewing.

The OTT business, on the other hand, is non-linear and not limited by slots. If we want to put out a show, we can put out all 12 episodes as a binge watch, and it can be watched today, tomorrow or six months from now. It doesn’t get dated in that sense. The other thing is there is no cap on the number of shows that can be put out because not all have to be watched today. So consumers get the opportunity to pace it on their own. We are entering an age, which is a mass of niches, from TV, which was about one size fitting all. It’s a real opportunity and I think the market is good enough for a thousand shows.

How much are you planning to invest?

We’re the studio that is green-lighting, financing and commissioning all these shows and we then plan to licence them. Applause wishes to own the IP (intellectual property) of all the content. I think we will spend between ₹100 crore and ₹150 crore per year and keep growing from there. Creating this kind of drama series does take money and as you scale up on directors and casting;; it’s not a low-cost business.

Q. Why did you choose Applause as your next career move?

Ans. I’ve been the biggest supporter of this whole OTT and premium drama format because it’s an obvious need gap, and the time is right for it. All these years of being in the business gives me the added benefit of knowing everyone. At the end of the day, I’m a catalyst , I’m putting people together and I’m facilitating ease of creating spectacular content.

Q. Do you think audience tastes have changed?

Ans. I think they have. Take movies for example. Every year, along with these mainstream films, there are what you earlier called art, parallel or multiplex cinema. I call them smart cinema, these are movies without the A-list stars that people spend money to see, the likes of Pink, Neerja, Queen or Tanu Weds Manu. There’s an audience that willfully patronizes such content. The premium drama series is an extension of that. We’ve done a math that on an annual basis, these kind of movies do Rs. 300-500 crore of box office business. If you take an average of Rs. 100 per ticket, that is 5 crore people. The audience has always been there and it’s a question of getting to them.