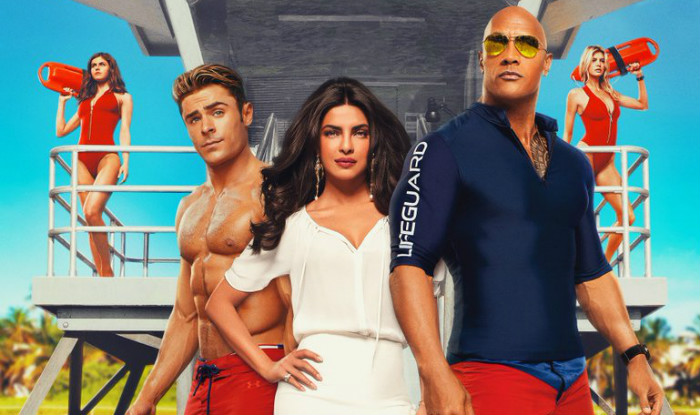 Priyanka Chopra made her Hollywood movie debut with Baywatch in 2017. Although the film failed to make an impact on the box office, PeeCee’s performance in the film was appreciated. However, Baywatch has now been nominated for the worst films of the year award.

Nominations for 38th Golden Raspberry Awards, also called Razzie awards, are out. Unlike most other awards, this one celebrates the worst movies of the year.

Among many other Hollywood films, Priyanka’s Baywatch is also on the nomination list of worst films of 2017. It is included under the category of the worst remake, rip off or sequel, according to Hollywood Reporter.

Priyanka’s fans will certainly not like her film being nominated for the worst films category. However, there are many other big movies that are also included in the list. Transformers: The Last Knight, The Mummy, Fifty Shades Darker are other films topping the list.

Meanwhile, Priyanka was recently in news for the wrong reasons. The actress was reportedly slapped with multiple tax demands by the Income Tax Appellate Tribunal (ITAT). The issue was in connection to a luxury watch worth Rs 40 lakh and a sedan car of Rs 27 lakh, which she had claimed to have been given to her as gifts by the respective companies four years ago.

But the tribunal was not convinced by her explanation and stated that the items were taxable. Both the items mentioned fall under taxable perquisites section 28(iv) of the Income-tax (I-T) Act. This section treats as taxable, ‘the value of any benefit or perquisite (whether convertible into money or not), arising from business or exercise of the profession.’