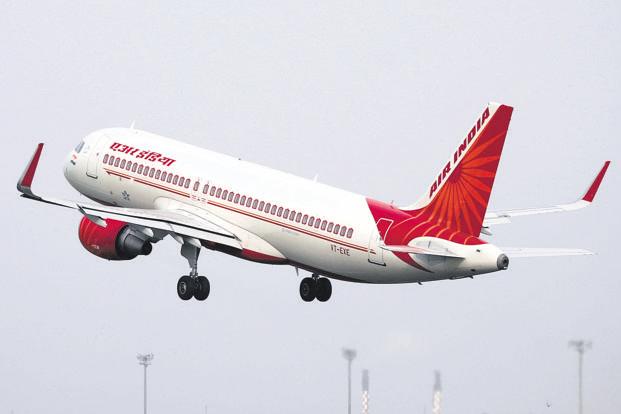 Air India imposing compulsory vegetarian meals on passengers is odd for an airline which continues to be financed through public funds and yet blatantly disregards the heterogeneity of its investors and customers. Photo: Reuters

The Union ministry of civil aviation recently invited public comments on a proposed transaction structure for greenfield airports. The transaction structure is premised on three guiding principles: affordability, sustainability and predictability. The entire model is based on the idea that a formula-based, administered cap on aeronautical yields will tick all the three boxes mentioned above: it will satisfy the middle class consumer’s price-sensitive demand curve, provide predictability to the airport concessionaire’s cash flows and create long-term sustainability for all stakeholders involved in setting up a greenfield airport.

The model, however, suffers from one basic drawback. It tries to achieve an equilibrium between administered pricing (through the formula-driven cap on yields) and some free market pricing rights. Caught between these two opposing forces, citizen rights inevitably suffer the most.

The model says the concessionaire can price certain services outside the administered pricing regime, but subject to “regulation”: for example, passenger and staff entry charges, or vehicle entry and parking charges. But revenue from restaurants, retail outlets and duty-free shops will be free from any pricing regulation.

This is also true for all real estate activities outside the aeronautical area, such as hotels and malls. What is left unclear is what “regulation” means or what shape it will take in practice. This is where the model plants the seeds for future legal liabilities.

Lack of clarity on the desired regulatory framework or a clear demarcation between concessionaire and citizen rights could end up generating the kind of debates that currently bedevil multiplexes. The current brouhaha over prices of food inside multiplex cinemas skirts the core principle of how many states provided multiplex promoters with significant tax breaks. These tax incentives are like trade-offs made by society—forgoing certain public services these tax revenues would have financed in lieu of incentivizing entertainment infrastructure. In return, is it wrong for them to expect some regulation over pricing?

Going back to the aviation sector, two fundamental points need consideration. One, the regulatory regime referred in the model will presumably be governed by the Airports Economic Regulatory Authority of India (AERA), which is an independent regulatory body established through an Act of Parliament to protect the interests of airports, airlines and passengers. In the Act setting up AERA, or the subsequent amendment Bill pending in Lok Sabha, prioritizing citizen rights over operator rights is not at the core of the legislation. This is vital and brings up the second point: all airports are built on public land and any agreement, or public-private partnership (PPP) arrangement, allowing a private sector company to build and operate on that land, has to keep in mind the hierarchy of rights in relation to the ownership of that land.

The design and structuring of almost all agreements seem to disregard this hierarchy of rights. The implicit logic, it seems, is that with government strapped for cash, private investment is inescapable and necessary for financing key infrastructure projects. Therefore, regulatory and administrative space has to be created to attract the required private investment. This is a slippery slope argument, and once entertained, creates a perverse pecking order between profit motive and public interest.

There is no arguing that infrastructure needs private investment, and without profits, there can be no private sector investments. However, the three-way equilibrium between private profit motive, regulatory oversight and citizen rights—essential for any successful PPP—is increasingly getting skewed in favour of the operator, leading to major distortions and price gouging.

The recent passenger charter released by Union minister of state for civil aviation Jayant Sinha does try to correct some of the imbalances but it does not go all the way. The charter provides for, among other things, how much penal charges airlines can levy on ticket cancellation, depending on when it is done. The charter also requires airports to provide free Wi-Fi to passengers for 30 minutes. However, the charter leaves many other instances of price gouging untouched. Take one small example: parking fees. Private airport operators have been charging exorbitant fees for providing parking facilities on land not effectively owned by them. As an unintended consequence, the approach roads to airports are getting jammed with cars parked on both sides of the road.

Another manifestation of the skew is how operators use public spaces for pursuing private ideologies.

For example, many multiplex cinema operators and other private utilities (such as private universities built on land offered by government at concessional rates) impose their personal dietary choices on consumers in blatant disregard for constitutional norms and secular ethics. The most egregious example is national carrier Air India imposing compulsory vegetarian meals on passengers. This is odd for an airline which continues to be financed through public funds and yet blatantly disregards the heterogeneity of its investors and customers.

The executive and private operators must remember that they are only custodians of a public asset on behalf of the people of India. That, in some senses, defines their primary responsibility.

Rajrishi Singhal is consulting editor of Mint. His Twitter handle is @rajrishisinghal.

Comments are welcome at views@livemint.com