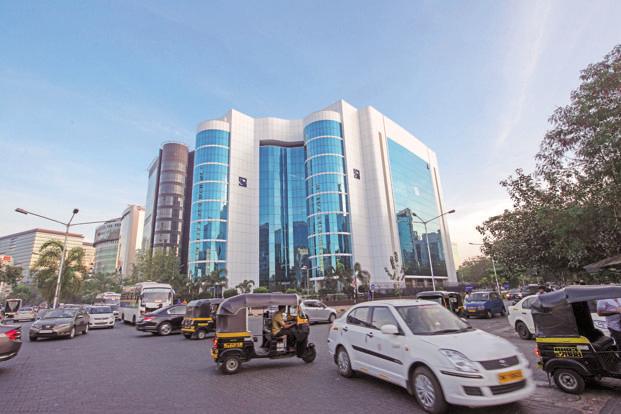 Sebi has proposed that large corporations should raise 25% of their borrowings from the corporate bond market from the next fiscal year. Photo: Aniruddha Chowdhury/Mint

India’s capital market regulator has proposed that large corporations should raise 25% of their borrowings from the corporate bond market from the next fiscal year. A large corporation is one, according to the Securities and Exchange Board of India (Sebi), which has an outstanding long-term borrowing of at least ₹ 100 crore. The Reserve Bank of India (RBI) considers a company large if it has an aggregate sanctioned credit limit of ₹ 25,000 crore from the banking system (not how much it has taken) in fiscal year 2018. The amount is progressively reduced to ₹ 15,000 crore in 2019 and ₹ 10,000 crore from 2020.

According to a recent analysis by Care Ratings, as of March 2017, the credit limit of such borrowers was 1.5 times the amount of loans actually taken. The Care analysis finds that 106 large companies with over ₹ 10,000 crore credit limit in March 2017 sourced 47% of funds from banks and 16 of them have never entered the bond market. From a group of 42 companies with bank credit limit between ₹ 7,500 crore and ₹ 10,000 crore, 11 never raised money from the bond market. Clearly, something needs to be done to usher Indian companies into the bond market and lighten the burden of the banking system, laden with a pile of bad debts. The central bank had already issued guidelines to nudge companies to access the bond market, and now Sebi steps in with a “light-touch” regulation. To start with, companies with a credit rating of “AA and above” will need to borrow more than one-year money from the market. In future, Sebi may bring down the rating threshold to “A”.

In a rising interest rate scenario, companies prefer to borrow from banks where the cost is relatively lower than the bond market which reacts fast to rising rates. In the first quarter of current fiscal year, ₹ 66,997 crore has been raised from the market against little over ₹ 1.48 trillion in the year-ago quarter. The volume of gross issuance was ₹ 6.4 trillion in 2017 but dropped to ₹ 5.8 trillion in 2018 and will reduce further in the current year given the rising yields. RBI has raised the policy rate twice in past two months.

This means, if the rates remain high, the cost of funds will increase for Indian companies. Also, unlike bank loans which can be prepaid, redeeming bonds before maturity is difficult, unless the options are in-built, typically done for long-term bonds. Every company with at least ₹ 100 crore debt now would need to run an active treasury for money management. The biggest problem is the crowding-out effect in the Indian financial markets with government securities (both central and state) being the dominant exposure in the investment portfolios of both domestic and foreign investors. Unless the fiscal deficit comes down and government borrows less, there is very little room for the companies to access the bond market.

Currently, the bond market is dominated by AAA issuers and the issuances by A-rated entities are a measly 2%. The key reasons for the lack of appetite for the A and lower-rated companies’ papers (a bond is considered investment grade if its credit rating is BBB- or higher by Standard & Poor’s or Baa3 or higher by Moody’s) are that most of the investment regulations either do not permit investment in private corporate bonds with rating lower than AA and, even where it is permitted, discouraged through regulatory interventions.

While mutual funds are showing feeble appetite for A-rated papers, they are extremely selective and the issuers need to pay a higher price, given the attractive yields of the AA papers. The experience of investors in the recent past with a few high profile AA category defaults prevents them from going deeper into the credit curve.

The market environment for lower-rated corporate bonds becomes even more challenging in a bearish bond market where liquidity is tight. Andhra Pradesh Capital Region Development Authority (APCRDA) is finding it difficult to get subscribers to its bond issue, despite being a state government undertaking. It is rated AA-(SO).

How do we deepen the market? Investment regulations in various sectors can permit investments in A category paper prescribing a minimum percentage in such investments which can be very small to start with and increased gradually, based on the experience. Corporate bond repos will pare the funding cost and increase trading and liquidity in AA and A category papers. Tax incentives for foreign hedge funds to invest in lower-rated corporate papers can also be considered. Till 1 August, foreign investors have used 77.42% of their permissible ₹2.67 trillion limit to corporate bonds in India.

The insolvency and bankruptcy code has already armed bondholders with powers to pull up the defaulters and safeguard their interests. This is the right time to put in all efforts for deepening the market.

Tamal Bandyopadhyay is consulting editor at Mint and adviser to Bandhan Bank. His Twitter handle is @tamalbandyo.