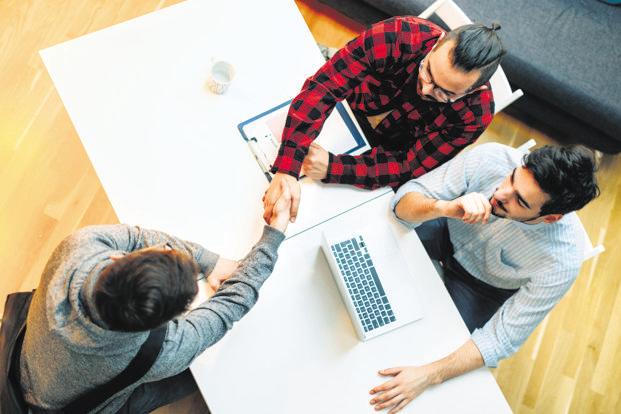 Early-stage venture capital will have plenty of exit options given the growing pool of late-stage capital.

A stock market listing has long been one of the most significant milestones in a companyâ€™s life. It comes with a range of benefits, including a raised company profile, flexible access to a very liquid pool of capital and the ability to attract top talent by offering employee stock options.

However, while equity capital markets have been enjoying the limelight for decades (and continue to do so), the private market or venture capital (VC) is now firmly in the limelight as a challenger when it comes to technology companies.

According to the latest report from Ernst & Young, titled Global IPO Trends: Q2 2018, in Q2 2018, companies raised approximately $45 billion in total from 325 initial public offerings (IPOs). Of this, technology companies raised $16.9 billion from 72 IPOs. Compare this with venture capital where, according to KPMGâ€™s Venture Pulse Q2 2018, total venture capital invested globally in Q2 2018 was approximately $70 billion. This includes an outlier investment of $14 billion in Chinaâ€™s Ant Financial. Even excluding this, however, the total stands at $56 billion for the quarter. The growth of this sector over the past few years has been spectacular. After all, the amount invested in Q2 2018 was seven times that invested in Q2 2010.

The two conventional avenues venture capitalists have looked to for their exit have been IPOs and merger and acquisition deals. But as the increasing public debate on the issue makes clear, the unprecedented rise in venture money is pushing the IPO option for a company to later in its evolution. A quick look at some numbers makes this clear.

Apple and Amazon, which were founded in 1976 and 1994, respectively, listed their shares four and three years after their founding. Contrast this with the new-age technology companiesâ€”Facebook and Dropbox, founded respectively in 2004 and 2007, only listed their shares eight and 11 years later. Pinterest, founded in 2009, and reportedly approaching $1 billion in revenue, has raised about $1.5 billion in funding till date. The company is planning its IPO 10 years after its inceptionâ€”sometime in 2019, according to press reports. This trend will only become stronger in the future.

Since SoftBank announced its $100 billion Vision Fund to invest in technology businesses, various other VCs have raised or announced their intention of raising billion-dollar funds. Press reports suggest that Sequoia Capital recently secured $6 billion for its new funds, which are expected to raise a total of $12 billion. In addition, General Catalyst has recently raised $1.375 billion for a new fund while Khosla Ventures and Battery Ventures plan to raise venture funds totalling $1.4 billion and $1.25 billion, respectively. Furthermore, in July 2018, Index Ventures announced that it had raised $1.65 billion across two funds while Lightspeed Venture Partners announced new funds worth $1.8 billion.

This trend doesnâ€™t seem like it will abate anytime soon. SoftBankâ€™s Masayoshi Son has even said a second Vision Fund is in the offing.

Venture capitalists seem to be of the view that going forward, ticket sizes to the tune of $500 million would be key in creating global technology platforms. Mega rounds are becoming increasingly common and are creating unicorns rapidly. In addition to the $14 billion financing round for Ant Financial, Freshworks and Gusto recently raised $100 million and $140 million, respectively. Wework China and Lime (a bike-sharing company) raised $500 million and $335 million, respectively.

This large amount of capital being pumped into successful technology companies is providing them with significant runway to operate and scale globally without immediate need of public markets. Many technology companies will now have the luxury of staying private for longer.

As private companies have far fewer regulatory obligations than their listed counterparts, the delayed exits will have profound effects on corporate governance. We have seen this with Uber and the many corporate governance failures there that led to the exit of Travis Kalanick.

Further, staying private gives these companies room to tweak their business models without the immediate need to show sustained profits as required by most bourses. The recent example of Tesla highlights the importance of this flexibility for entrepreneurs. In his letter to employees, as seen on the Tesla website, Elon Musk explained that his intentions in taking the company private were to prevent the distractions emerging from wild swings in share price, keeping focus on the long term rather than quarterly earnings.

Vaibhav Kapoor is an investment director for a UK-India venture fund based in London.

Comments are welcome at theirview@livemint.com