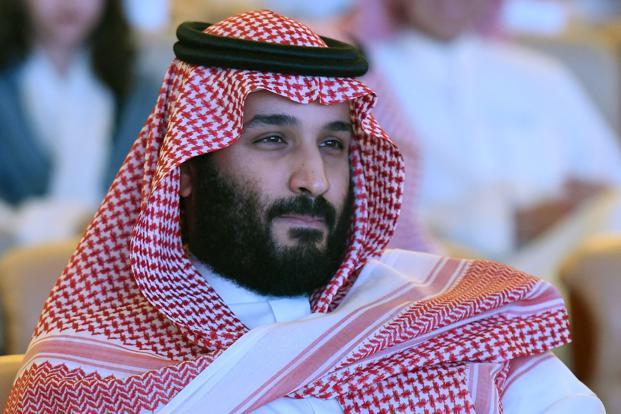 As Saudi Arabia raises the stakes in its dispute with Canada, the economic fallout could worsen an already serious issue for the kingdom: capital flight. Trade between the two countries is small, valued at roughly $4 billion, but the diplomatic dust-up has heightened the sense of risk in the Saudi investment climate, and is certain to scare even more capital away.

According to research by JPMorgan, capital outflows of residents in Saudi Arabia are projected at $65 billion in 2018, or 8.4% of gross domestic product (GDP). This is less than the $80 billion lost in 2017, but a sign of a continued bleed. Significantly, the projection was made before the contretemps with Canada. According to research by Standard Chartered, the first quarter of 2018 saw $14.4 billion in outward portfolio investment into foreign equities, the largest surge since 2008. There are concerns that the government is leaning on banks and asset managers to discourage outflows, a kind of informal capital-control regime.

This flight signals the dimming of the optimism surrounding Crown Prince Mohammed bin Salman’s Vision 2030 economic plan. Many of the institutional reforms outlined in the plan—designed to diversify the Saudi economy, attract foreign investment and create jobs—are needed to liberalize the state-led, resource-dependent economy. Investors had hoped Riyadh would follow through on economic reforms, but have been disheartened by such high-profile actions as the arrest of prominent businessmen last year, and a recent campaign to silence critics, especially women activists. These measures—add to them now the spat with Canada—indicate that the state favours regime stability and consolidation over the rule of law, and the creation of institutions and regulations that can check the state.

Whatever the political compulsions behind these actions, they have done little to address the fundamental problem of the Saudi economy—that it is captive to, and reliant on, the state. For private sector growth to take place, capital needs to feel safe, and investors need legal guarantees to protect them. But this has not happened. Instead, the business cycle continues to be fuelled by government project-spending tied to oil revenues: government deposits appear in local banks, then loans go out to favoured private-sector contractors. Business activity ebbs and flows with the boom-and-bust cycle of oil revenues.

It is striking that the capital flight is taking place despite a recent recovery in global oil prices. The Saudi current account will be supported by $224 billion in hydrocarbon exports in 2018, a massive jump from $170 billion last year. But this is apparently insufficient to reassure investors, who have noted the absence of a corresponding jump in foreign reserve assets. Nor has it escaped their attention that the new revenue stream is not cushioning the expansionary fiscal policy, which continues to run a deficit. All this adds up to a dismal, and familiar picture: government spending is accelerating, growth is slow, private investors are scared, and productivity is abysmal—especially as the labour market continues to shrink from departing foreign workers, and businesses struggle to accommodate mandated hiring of Saudi citizens at higher wages. The government’s response so far has been to keep borrowing, and to pay for the stimulus with debt financing. It is doing some interesting accounting between state-owned entities, like Aramco and SABIC, to raise cash for the sovereign fund enabling continued spending.

While efforts at privatization and encouraging private-sector investment have lagged, government spending continues to focus on large, state-funded development and infrastructure projects, where the money sinks in the sand. That seems to be the destiny of the latest white elephant: Neom, a $500 billion project to develop 10,000 square miles in the northwestern corner of Saudi Arabia, on the shores of the Red Sea. It is far from major population centres, where people are looking for work, and there is a mismatch between planned high-tech industrial projects and the Saudi labour force’s available skill set. The only jobs Neom is currently creating are in low-wage construction for foreigners, of whom there are now fewer, as many are leaving due to increasing visa fees and cost of living.

This is quintessential old-school Saudi economic management, and a long way from the spirit of the Crown Prince’s reform plan. Add to this Riyadh’s evident distraction with non-economic matters—ranging from the war in Yemen and the blockade of Qatar, to the arrest of activists and the campaign against Canada—and it’s hard to fault investors for concluding that the government is struggling to meet its Vision 2030 goals.

How to reverse the flow? There are good regulatory reforms in process, including a new bankruptcy law and a privatization draft law. There are new openings for foreigners to buy shares on the local stock exchange and to become 100% owners of businesses in key sectors like engineering. In the opening of the entertainment market, there is clearly room to grow and investment opportunity should abound.

But the state needs to get out of the way. It cannot spend its way to prosperity, especially using the old techniques. The government needs to demonstrate that it is prioritizing economic reforms, rather than being distracted by domestic politics and foreign-policy missteps. Bloomberg View

Karen E. Young is a senior resident scholar at the Arab Gulf States Institute in Washington.

Comments are welcome at theirview@livemint.com