Opinion | Could the Turkish contagion affect Indian markets? | BUSINESS
Categorized as
114
Tagged as
the meltdown in the Turkish lira
Related 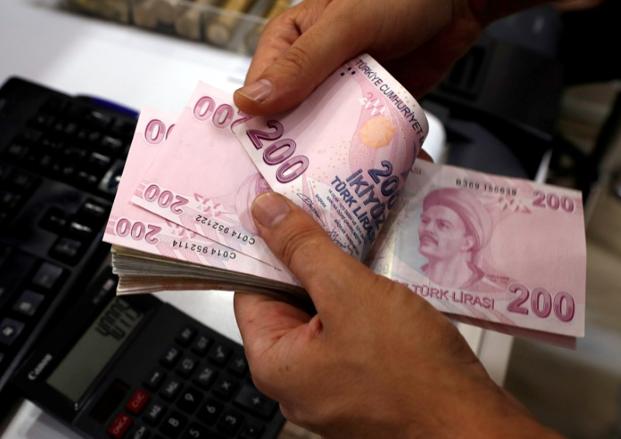 The Turkish lira weakened past 7.23 per dollar on Monday, indicating that Turkey is headed towards a financial crisis. Photo: Reuters

Is the meltdown in the Turkish lira a foretaste of things to come in emerging markets? Apart from the lira, how are the currencies of the other “Fragile Five” economies of 2013—Brazil, Indonesia, India and South Africa—doing? What are the chances of India being affected? These are some of the questions doing the rounds, as the plunging lira resurrects long-buried fears.

But while the problems in Turkey may have come to a head only now, they were far from hidden. In April this year, the International Monetary Fund’s (IMF’s) annual assessment of the country’s economy warned: “the economy now faces clear signs of overheating: a positive output gap, inflation well above target, and a wider current account deficit.” The IMF added that “large external financing needs, limited foreign exchange reserves, changes in investor sentiment towards emerging markets, and persistent domestic and geopolitical risks also pose challenges.”

Unfortunately, Turkish President Erdogan believes a conspiracy is being hatched against his country. He says, “if they have their dollars, we have our people, our God.” At the moment, the dollar seems to be winning.

But while Turkey, like Argentina, has serious problems, the core concern is whether the contagion will spread to other emerging markets. Some are clearly more vulnerable than others—last week the South African rand fell 5.5% while the Brazilian real lost 4%.

The Indian economy is far stronger than when it was a member of the Fragile Five—our current account deficit is much lower and our foreign exchange reserves much higher than what they were in 2013. And unlike Turkey, our external debt is low.

Investors have recognized India’s strengths. Year to date, as on 10 August 2018, the MSCI India equity index was down a mere 1.9%. Compare that to the MSCI Emerging Markets index, down 8.3%. Among the erstwhile Fragile Five, MSCI Brazil is down 14.3%, South Africa down 18.6%, Indonesia down 15.5%, while MSCI Turkey has plummeted an eye popping 52.3%.

Emerging markets have been buoyed by the surge of global liquidity unleashed by the central banks of the developed economies since the Great Financial Crisis of 2008, in many cases aided by lax fiscal and monetary policies in their own countries. Now, as the tide of global liquidity ebbs, some economies will be caught swimming naked.

Indeed, this time it could be worse than 2013, because of two reasons. One, monetary policy is being tightened in the US and dollar liquidity is lower. As RBI governor Urjit Patel has pointed out, US government is issuing Treasuries to fund a rising fiscal deficit at a time when the US Federal Reserve is shrinking its balance sheet. This has led to an international dollar shortage, strengthening the greenback. Secondly, President Trump has unleashed trade and other wars. Turkey, Iran and Russia are now openly talking of an economic war against them. Chinese stocks have been severely battered by the trade war. The days when we thought that closer integration of the world economy through globalization and multilateral trade pacts would foster peace and shared prosperity are behind us. It’s now every country for itself and woe to anyone who defies the US. The gloves are off.

To be sure, if Turkey is the canary in the coal mine, we could say the Indian economy has managed to scramble out of that mine. But this time, it’s not just five countries that are fragile—the entire world economy is becoming increasingly unstable. In June 2018, IMF deputy managing director Mitsuhiro Furusawa said the global economy faced three risks: high debt, increasing financial vulnerabilities and protectionism. Add to that the fraught geopolitical situation. The more the contagion spreads from Turkey to other vulnerable economies, the more will investors take profits on their good assets to pay for their losses elsewhere. Decoupling is impossible in financial markets.

Let’s hope sense will prevail and Turkey may, like Argentina, approach the IMF for a bailout. But this is no time for chest thumping. India, with its rising current account deficit, its pressures to spend in an election year and with looming political risks, should be cautious and focus on macroeconomic stability.