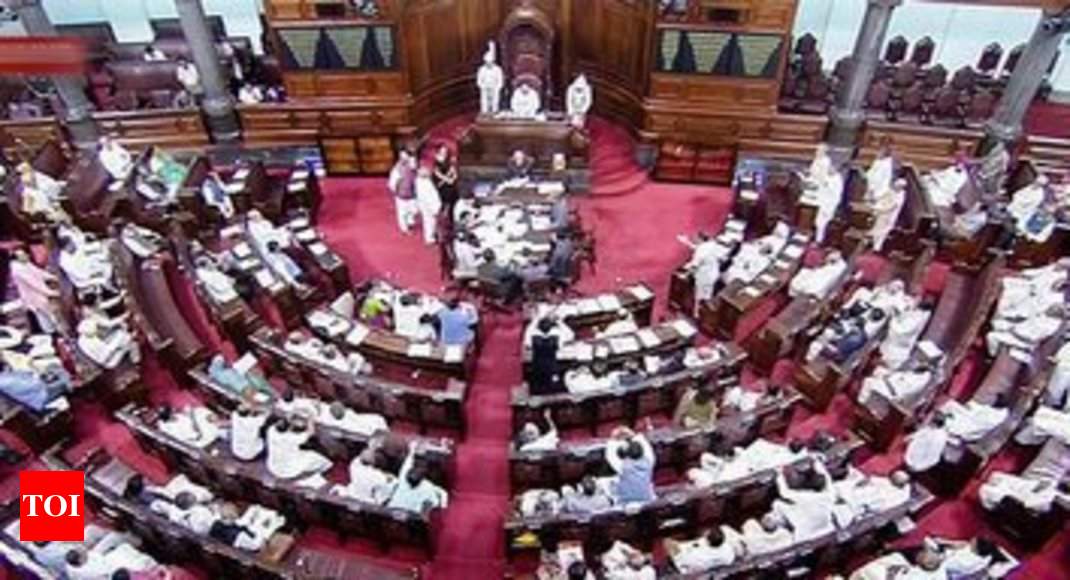 NEW DELHI: In a first such instance in the Rajya Sabha since 1986, majority of the nominated members has preferred to join the ruling political party with eight of the 12 such members joining BJP.
It’s, however, still one less than what Rajya Sabha had seen in early 1986 when as many as nine of the nominated members had joined the then ruling Congress.

Article 80 of the Constitution provides that the President can nominate to Rajya Sabha 12 persons having special knowledge or practical experience in respect of literature, science, art and social service.

“A nominated member can join any political party within six months of his or her nomination to the Rajya Sabha. The same rule applies to the two nominated MPs of the Lok Sabha,” said constitutional expert and former Lok Sabha secretary general Subhash C Kashyap.

Analysis of the records since 1952 shows that Rajya Sabha has so far seen 135 nominated members. Most of them had in the past preferred to remain ‘nominated’ though they went with the ruling party during voting.

Only 25 of these 135 nominated Rajya Sabha MPs had joined political parties of their choice at different points of time. Fourteen of them had joined Congress while remaining 11 had joined BJP.

It is only second time in the 66 years history of Rajya Sabha when majority of nominated members was part of a ruling party by formally joining them.

The eight who have joined BJP are: Sambhaji Chhatrapati, Roopa Ganguly, Suresh Gopi, Subramanian Swamy, Rakesh Sinha, Raghunath Mohapatra, Ram Shakal and Sonal Mansingh. Except Tulsi, all 11 were nominated by the President on recommendation of the present NDA government.

With eight of them joining the BJP, the party strength in the Upper House has become 73. Though the total strength of the ruling NDA (93) is still far off from the half-way mark of 123 in the House having current strength of 244, joining of the nominated members to the BJP fold assumes significance as they will now have to go by the whip of the party during voting.