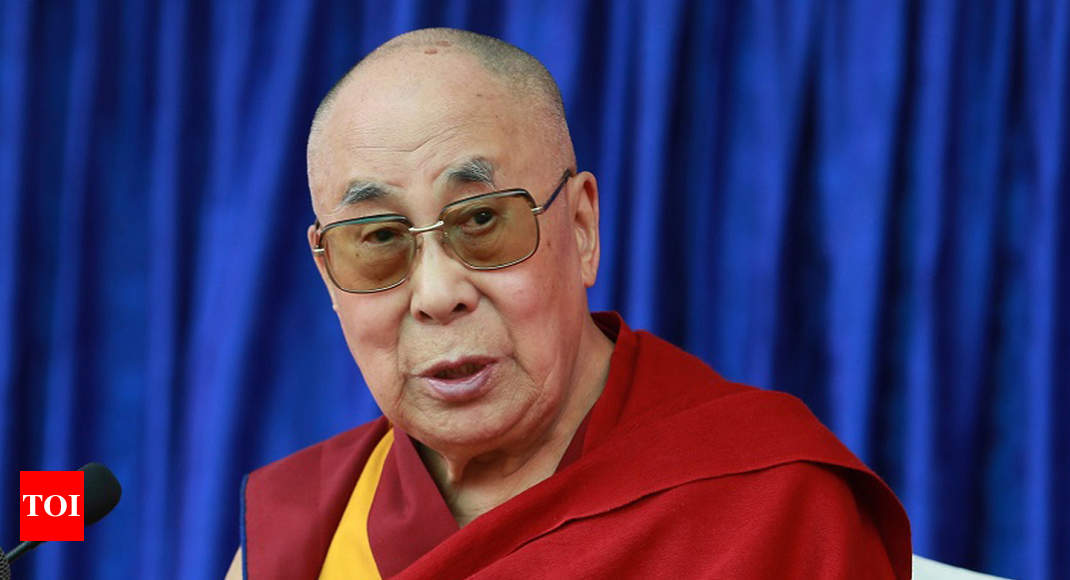 SAKHALI: Only India can combine modern education system with its ancient knowledge, because only this country has rich ancient knowledge systems even predating Lord Buddha, Buddhist spiritual leader Dalai Lama said on Wednesday.

“In Indian tradition, there are practices like vipasana for training our mind. In this country, even before the Buddha came, it has already developed this knowledge. Modern India is not paying much attention to these things. Moral education here was introduced by Britishers,” said Dalai Lama, chuckling.

He said now a time has come when these very Europeans are facing some emotional crisis. “Therefore 1000-year-old India’s tradition about knowledge of mind should be reintroduced in this country… Now scientists also say constant anger and constant fear is actually eating into our immune system, whereas more compassion is very helpful to maintain physical positive element,” Dalai Lama said.

He said whenever he interacts with the vast community of Indians living abroad he advices them to invite their European friends home for festivals like Diwali and talk Indian traditions like ahimsa, which is the basis of religious tolerance.

“India is such a populous country and a democratic one and living in religious harmony. The time has come to show the rest of the world that religious harmony is possible,” Dalai Lama said.

Responding to a question by a GIM student, Dalai Lama said that there are three levels of learning, with the first one being from books and teachers, while the second level is to obsessively analyse situations and not just accept them. “That brings conviction,” he said.

Later, answering another question, Dalai Lama said there is no human being in this world without a problem and one should look at the problem from a wider perspective, which will make it appear small and easy to tackle.