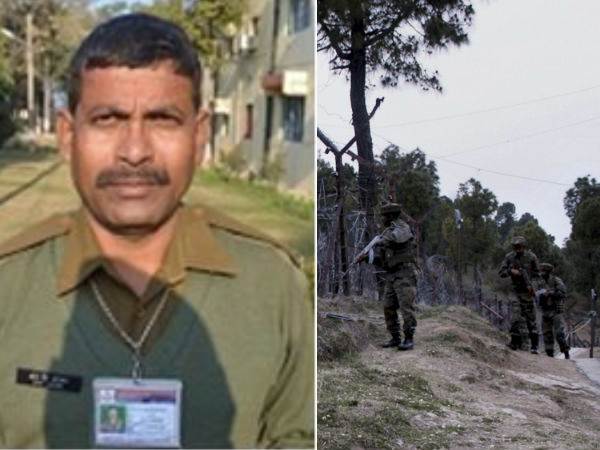 A jawan of the Border Security Force (BSF) deployed in Samba sector of Jammu has died in firing by Pakistan. Around 4.15 pm today Pakistan targeted BSF troopers along the International Border. India strongly retaliated and heavy exchange of firing has been going on between the two sides in Samba and Hiranagar sectors.

The trooper, Head Constable RP Hazra, was from Murshidabad in West Bengal. He had been with the BSF for 27 years. It was RP Hazra’s birthday today.

According to official figures, a total of 820 incidents of ceasefire violation by Pakistani troops were reported in 2017 as against 221 in the year before. Yesterday Army Chief General Bipin Rawat said an ‘aggressive strategy’ has to be maintained in dealing with ceasefire violations by Pakistan and indicated that the force has been responding effectively to such incidents.

General Bipin Rawat was responding to a question on the Army’s strategy to deal with repeated ceasefire violations by Pakistan along the LoC in Jammu and Kashmir.

Since the beginning of the year, the Army pursued an aggressive anti-terror policy in Jammu and Kashmir, at the same time, forcefully responding to all ceasefire violations by Pakistani troops along the Line of Control with a tit-for-tat approach.

Genaral Rawat said, India wants to live in peace, if ‘two neighbours living in a colony, have an issue, one of them can choose to move house. But, as nations we can’t do that’