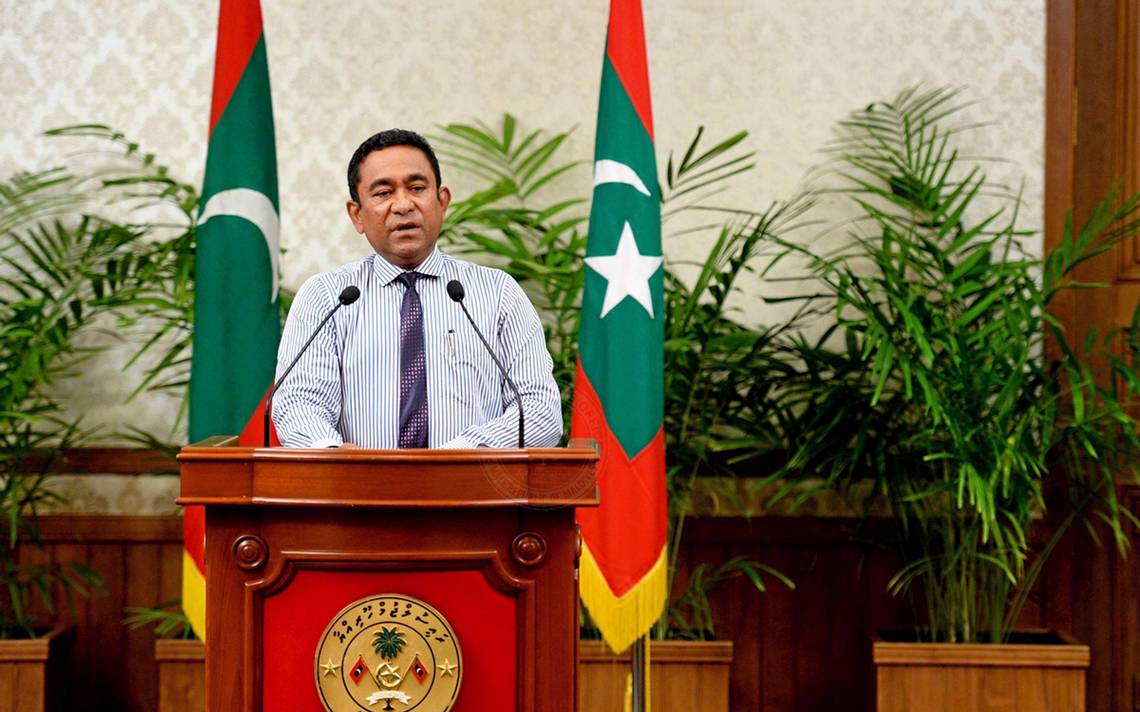 Maldives President Abdulla Yameen, who appears to have gained the upper hand in the bitter power struggle in the tiny island nation, on late Wednesday decided to reach out to “friendly countries” and announced envoys to three countries; China, Pakistan and Saudi Arabia.

The envoys will, an announcement by Mr Yameen’s office said, visit “friendly nations of the Maldives” and “provide updates on the current situation”.

The announcement came hours after China warned against military intervention in the tiny island nation, cautioning that it could “complicate the situation”.

It was an advice aimed at New Delhi that had received multiple appeals from the exiled former Maldivian president Mohamed Nasheed to send “envoy, backed by its military” to release judges and political detainees.

India’s only statement issued on Tuesday called the government’s refusal to abide by the Supreme Court and the imposition of emergency “disturbing”. New Delhi did not refer to former President Nasheed’s appeals.

Having historically held more clout in the islands, India has sought to push back against China’s growing influence in Maldives.

But Mr Yameen has drawn close to China and Saudi Arabia during his time in office, with both countries investing heavily in the tiny nation. Located near key shipping lanes, the Maldives have assumed greater importance to China after it began building political and economic ties as part of its so-called “String Of Pearls” strategy to build a network of ports in the Indian Ocean region.

Maldives plunged into crisis last week after Mr Yameen refused to comply with a five-judge verdict of the Supreme Court quashing terrorism convictions against nine leading opposition figures including the exiled Mr Nasheed, who was the country’s first democratically elected president.

Instead, Mr Yameen imposed a state of emergency and ordered the arrest of two of the five judges along former president Maumoon Abdul Gayoom, who had sided with the main opposition.

In 24 hours or so, a much-diminished Supreme Court also agreed to revoke their earlier order quashing terror convictions against the nine leaders at the President’s request.

The crackdown on political dissent in the Indian Ocean archipelago has drawn condemnation from bodies such as the United Nations human rights body. Its chief Zeid Ra’ad Al Hussein accused Mr Yameen of trying to destroy democracy. The UN Security Council is also slated to discuss the situation in the crisis on Thursday.

But Mr Yameen has kept up the effort to consolidate power. On Wednesday, the police announced the arrested Supreme Court judges and former president Gayoom had been charged with bribery and trying to pull down the government.