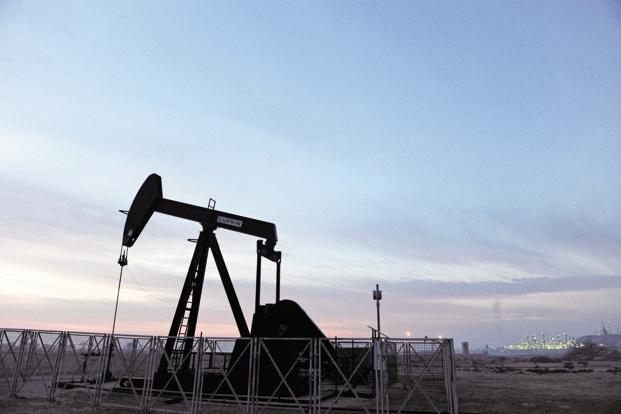 Investors are closely watching tensions between the US and Turkey, which have rattled global financial markets. Photo: Bloomberg

Tokyo: Oil headed for the longest run of weekly losses in three years as an economic crisis in Turkey deepened and after a surprise gain in US crude stockpiles.

Futures in New York were little changed on Friday, on course for a 3.3% weekly drop. The US is ready to slap Turkey with more sanctions if Ankara does not release an American pastor, Treasury Secretary Steven Mnuchin said Thursday. American crude stockpiles expanded by the most since 2017 and supplies at the key Cushing storage hub in Oklahoma climbed for the first time since May, government data showed earlier this week.

Oil has fallen about 13% from the highs of June as Washington and Beijing have been locked in a trade dispute and slapped tariffs on billions of dollars of each other’s goods. While tensions between the world’s two biggest economies could ease as negotiations are set to resume, investors are closely watching tensions between the US and Turkey, which have rattled global financial markets.

West Texas Intermediate crude for September delivery traded at $65.41 a barrel on the New York Mercantile Exchange, down 5 cents, at 10 am in Tokyo. The contract added 0.7% Thursday. Total volume traded was about 59% below the 100-day average.

Brent for October traded at $71.37 a barrel on the London-based ICE Futures Europe exchange, down 6 cents. Prices are down 2% this week. The global benchmark crude traded at a $6.55 premium to WTI for the same month.