Oil edges up on tighter US outlook, Iran sanctions | BUSINESS
Categorized as
165
Related 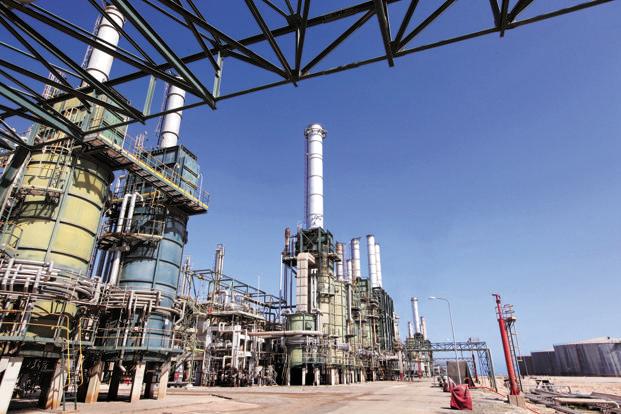 Singapore: Oil prices edged higher on Tuesday as US fuel markets were seen to be tightening while looming American sanctions against Iran were expected to cut supply out of global markets. US West Texas Intermediate (WTI) crude futures for September delivery were up 27 cents, or 0.4%, at 0612 GMT, at $66.70 per barrel. The contract expires on Tuesday. International Brent crude oil futures were up 5 cents, at $72.26 a barrel.

Traders said US markets were lifted by a tightening outlook for fuel markets in the coming months.

Inventories in the United States for refined products such as diesel and heating oil for this time of year are at their lowest in four years. This is occurring just ahead of the peak demand period for these fuels, with diesel needed for tractors to harvest crops and the arrival of colder weather during the Northern Hemisphere autumn raising consumption of heating oil.

Outside the United States, markets focused on US sanctions against Iran, which from November will target its oil sector.

Washington on Monday offered 11 million barrels of crude from its Strategic Petroleum Reserve for delivery from 1 October to 30 November. The released oil could offset expected supply shortfalls from US sanctions against Iran.

Because of the sanctions, French bank BNP Paribas said it expected oil production from the Organization of the Petroleum Exporting Countries (OPEC), of which Iran is a member, to fall from an average of 32.1 million barrels per day (bpd) in 2018 to 31.7 million bpd in 2019.

Still, traders said overall market sentiment was cautious because of concerns over the demand outlook amid the trade dispute between the United States and China.

A Chinese trade delegation is due in Washington this week to resolve the dispute, but U.S. President Donald Trump told Reuters in an interview on Monday he does not expect much progress, and that resolving the trade dispute with China will “take time”.

The impact of the Iran sanctions is not yet clear. While most of Europe’s energy firms will likely fall in line with Washington, China has indicated that it will continue to buy Iranian. The Iran supply cut may also be more than compensated for by production increases outside OPEC.

BNP Paribas said non-OPEC output would likely grow by 2 million bpd in 2018 and by 1.9 million bpd next year. “Depending on when pipeline infrastructure constraints are lifted in the U.S., non-OPEC supply growth by the end of 2019 may prove higher than currently assumed,” the bank said.

How prices develop will also depend on demand.

“We see global oil demand growing by 1.4 million barrels per day in both 2018 and 2019,” BNP Paribas said, implying that global markets are likely to remain sufficiently supplied.