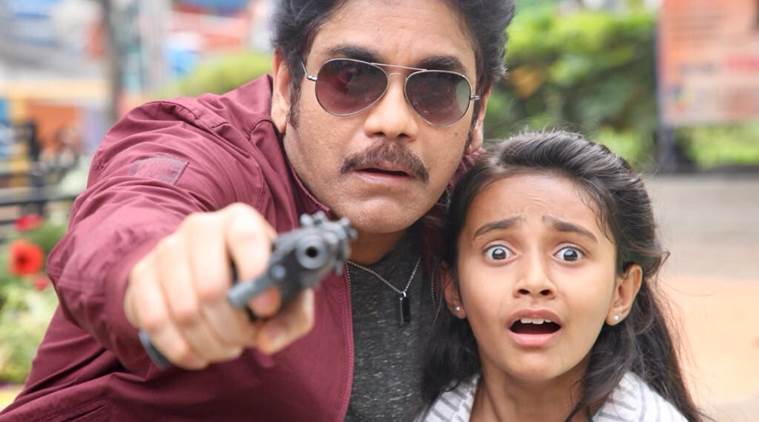 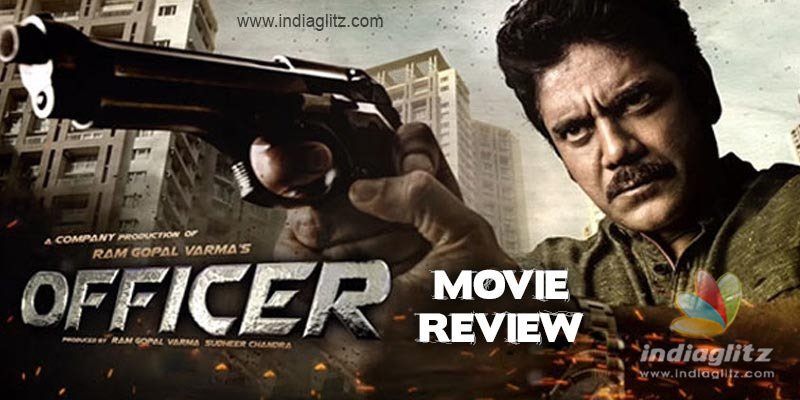 Officer Review: Who doesn’t love a good action-thriller? One which leaves you on the edge of your seat, and leave you gasping in astonishment as the sequences unfold in front of you. Unfortunately, Ram Gopal Varma’s latest film ‘Officer’ is all action and no substance. There is no thrill and there is no astonishment – there’s only boredom. Officer is full of guns, blood and gore but what the film lacks is a good story. The film looks amateurish and the characters seem to be as uninterested in it as the audience watching this film. Officer marks the return of the Nagarjuna-RGV combo but it’s a forgettable venture.

Narayan Pasari is Mumbai’s top cop and is widely regarded as the man responsible for bringing down the city’s infamous mafia. However, Pasari faces charges of an illegal encounter and Shivaji Rao (Nagarjuna) is appointed as the SIT chief to investigate. Shivaji and his team soon realise that there’s more to Pasari than meets the eye and wherever he goes, bodies seem to follow. When Pasari is found guilty by the SIT, a bloodbath ensues and it’s only a matter of time before witnesses are killed and the tables are turned. The battle of wits between Pasari and Shivaji and the latter’s attempt to bring down the mafia along with it, makes for the rest of the film.

The mood and nature of the film is established at the get-go, and there is a violent, dark theme to it. And yet, a lot of things about ‘Officer’ is incomprehensible. In a film where there are gun fights, gang wars and feuds between cops everywhere, a father-daughter track between Nagarjuna and his daughter (Kaavya) looks out of place. In fact, every scene between them seems exaggerated and almost irrelevant. For example, when he sees his daughter for the first time after reaching Mumbai, Nagarjuna is drinking too but he throws his cup to reach out and hug her. This is a planned visit, by the way, and not a surprise.

Heavy dialogues are thrown around every now and then and Shivaji is shown as the cop who will fight for justice and won’t back down until he completes his mission. Trouble is, his mission is far from fascinating. It just feels like watching a random sequence of action sequences compiled and the viewers somehow have to make sense of it all. The scenes between Shivaji and Pasari too fail to make an impact.

An actor of Nagarjuna’s calibre is wasted in the role of Shivaji and while he tries to make the best out of the situation, you can’t help but think that he was ill-suited to play this role. Myra Sareen, who also plays a cop, hardly has much scope to shine, while the likes of Sayaji Shinde and Ajay put in earnest performances.

Officer has camera work which is synonymous with Ram Gopal Varma’s films, where every shot is amplified for effect. But with an incoherent screenplay, the effect is hardly felt. The climax is just like the rest of the film – confused, disjointed and abrupt. In a way, that sums up the audience’s mindset too at the end of watching this film.